Apple iPad Pro 12.9 (2017) is the 2nd generation of iPad Pro Apple has launched. The 2017 version has brought a little upgrade in comparison to the previous one. And not only when it comes to the screen (the previous one was 10.5-inch in size), but in other areas as well. First, let’s take a look at the design – the screen got bigger, but the tablet is still pretty thin. The weight of Apple iPad Pro 12.9 (2017) has been reduced, so it fits in your hand comfortably. The looks are as good as ever, although we’re not sure what exactly had to go in terms of weight.

Let’s continue and take a look at some other features of Apple iPad Pro 12.9 (2017), the case is metal and of great quality. They’ve changed the antenna, instead of plastic, a metal one is present now. That adds o the general look and fits the flow better. Apple iPad Pro 12.9 (2017) is intended as a laptop replacement – hence the big screen. They have integrated iOS 11, which brings a new source of power and speed, along with navigation. You can use Apple files for easy file manipulation, along with Dropbox, Box, etc. cloud files.

While navigating through the menus, you are probably going to use Apple Pencil. It has many advantages, especially when it comes to precision. It is nowhere near perfect, remember that it’s still plastic/rubber on a glass, but the improvement is visible. Apple iPad Pro 12.9 (2017) comes equipped with four speakers in four angles of the tablet, working together flawlessly. One of the things Apple users remember from previous iPads is how good watching a movie is. Let’s take a look at just what made Apple iPad Pro 12.9 (2017) specs shine brightly:

The screen you’re gonna stare into day after day is a LED-backlit IPS LCD panel. That comes as a slight disappointment, as LED has become a standard today. Wait until you hear about the resolution – 2732 x 2048 pixels, with a standard of 4:3 that makes tablets what they are. Along with 12,9-inch size, you’re getting well-known feature – TrueTone display. That means that Apple iPad Pro 12.9 (2017) changes the white balance of the screen depending on the lighting conditions. You are scrolling through a webpage or reading a text fluently – they added a 120Hz refresh rate. In case you’re looking at pictures, the refresh rate automatically goes down to save power. We’ll give it to Apple, this is really clever and economic!

Apple iPad Pro 12.9 (2017) price is known not to fluctuate, thanks to Apple’s tablets being quality-built and in high-demand. The price of 899$ could be a little high for a laptop replacement, but you got to look at the bright side – you aren’t carrying a laptop around. The battery life is about the same – 10hours, but the specs of Apple iPad Pro 12.9 (2017) have improved. You are going to take pictures of documents anyway, so the back camera is only 2 MP. The front one is 7 MP, allowing you to FaceTime family members, or have a good Skype video call quality. If you’re a fan of Apple and aren’t fond of carrying a laptop the whole day, this is a tablet you should go for! 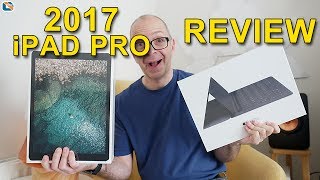 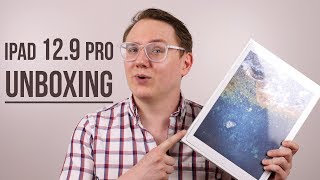 9.4
Post a Review Please note that each user review reflects the opinion of the respectful author. To get approved, make sure that the review is big enough and contains unique opinion.