We’ve seen Asus attempt to compete with the big boys in the world of technology when it comes to smartphones. And we’d like to see it succeed, as it will push the market forward, and improve specifications. What we have today is a phone called Asus Zenfone Live ZB501KL. Right off the bat, we’ll notice it sports fewer strength specs than its older relative, Asus Zenfone 3s Max ZC521TL. But they aren’t so bad and will serve users with less demanding needs, looking for a budget phone.

So let’s waste no more time, as time is precious in the world we live today. To be honest with you, the specs of Asus Zenfone Live ZB501KL aren’t impressive. The other model had a 5000 mAh battery as its main selling point, while this one is lower-specced overall. But so is the price of Asus Zenfone Live ZB501KL, because you can find it for around $140 via Amazon. Let’s start with the thing you probably care most about. The screen size is 5-inches in diameter, which is decent for a phone with a price like this. It sports only HD resolution of 1280 x 720 pixels and is perfectly sharp for this size.

Furthermore, the battery is literally half the one we mentioned, standing strong at 2650 mAh. You’ll probably need to find a power outlet every evening if you use it fully throughout the day. We were very disappointed to see a phone that came out in 2017 possesses a chipset and a processor made back in 2013. It’s a mistake in our opinion and a shame. We’re talking about a Quad-core Qualcomm Snapdragon 410 processor which is still holding on, even now. In the package is an Adreno 306 GPU to power the most basic needs when going through the menus and apps.

Even at this state of peripherals, it’s still more powerful than, for example, Nokia 2, and we’d advise being patient and going for Asus Zenfone. This one sports 2GB of RAM, and that’s just enough for the specs it has to work in unison with. Approaching the end, its camera is the same as all Asus smartphones in this range – Asus Zenfone Go ZB552KL being one of them. We’re talking about a 13MP / 8MP combination on the back and front, respectively. It has proven to be a reliable choice that works for users, and Asus keeps using it. You can take 1080p videos at 30 frames per second with it, which is decent for under $140.

In the end, it doesn’t sport Android 7.1.1 or the older 7.0, and it comes with Android 6.0 (Marshmallow) out of the box. It’s a decent choice for these peripherals and it doesn’t come to stuttering during usage. You’ll be able to choose between 16 and 32GB of internal storage too, and plug in a microSD card if it’s not enough, of course. To wrap up, if you’re one of those that don’t have high demands from a smartphone, and aren’t looking to break your savings account, you might be satisfied. If you’re looking for a higher-specced phone in this price range, we’d recommend Xiaomi Redmi Y1. 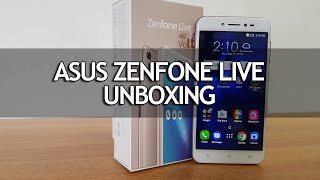