You are here: Home / Best / Best Smartphones with 4GB RAM

So, you’re looking for a new phone for yourself. Maybe you want to buy a New Year present for your family or a friend. Regardless of your goal, you should take a decent phone, and not get tricked by all the discounts. That’s why we’re here to tell you all about best smartphones with 4GB RAM. Why 4GB, you might ask? It’s because, in our opinion, 4GB is a great healthy middle amount, which allows you to do everything comfortably. With these smartphones, you won’t have to spend more than a thousand bucks to have a pleasant experience. Let’s move on to our list:

For the leader, and one of the best 4GB RAM smartphones, we’ve chosen Samsung Galaxy S8+. You can count Samsung Galaxy S8 here too, they’re pretty similar, although this one has a bigger screen. In fact, the screen is one of the biggest among phones today, and some might call it a phablet, something between a tablet and a phone. Other than that, the resolution is 2960 x 1440, which means the screen will be both big and sharp. It comes in a plethora of colors, so you’ll surely find one that fits you. The specs are top of the game, Octa-core Snapdragon 835 is one of the latest, with new ones being released soon. The GPU can run literally anything, and it’s very well-known – Adreno 540.

Next on our list – a competitor from Huawei. It is in the same price range, with a price of Huawei Mate 10 being $825. The processor is their own Octa-core Hisilicon Kirin 970 paired with Mali-G72 MP12 GPU. You can sleep tight knowing it’ll run virtually anything, and it will look beautiful. That’s thanks to the IPS LCD screen, which is known to show very vibrant, clear colors. You can hold it in your hand even with smaller hands, even though the screen size is 5.9-inches. The resolution is 1440 x 2560 pixels with aspect ratio 16:9, which is up to par with rivals. The best part about this one is the camera – dual 12 MP camera on the back which can record 2160p videos in 30 frames per second.

Flagship smartphone from the LG hardly needs any introduction. Although it’s a little behind on some of the specs when compared for example with Samsung Galaxy S8+, it shines in others. The screen is a bit smaller, 5.7-inches, but it makes up for it with extremely good resolution. We’re talking about 1440 x 2880 pixels with 564 PPI pixel density, which is breathtaking. I remember surging with excitement when I held it in my hand, it was razor-sharp, bright and vivid. I can understand why some people went for LG’s smartphones, the screen alone is a reason enough. The battery is just enough, 3300 mAH, and it powers Quad-core Snapdragon 821 CPU in combination with Adreno 530 GPU.

This beauty comes in two versions where RAM specs are concerned. We just had to mention it, as you can choose between 4GB and 6GB. It has a few colors to choose from, but my personal favorite was the Tempered Blue, it looked insanely polished. The price is great, it’s about a hundred dollars cheaper than some other phones with similar specs and, and it’s a great return from Nokia to the world of smartphones. We’ve got to talk about the best feature you can see here – its camera. It has a deadly combination, 13 MP dual cameras on the back, but also 13 MP on the front! This is almost unheard of and ensures that whichever one you use, it will provide great results. Whether you’d like to improve your selfie game or just take great pictures of nature or environment, go for Nokia 8.

Ah, Sony Xperia XZ Premium. It’s a try and a success from Sony in some people’s opinion. I don’t know about others but in my opinion thanks to the screen and the camera, Sony Xperia XZ Premium is at the top of best smartphones equipped with a 4GB RAM. Hear this, it boasts a 4K screen resolution (3840 x 2160 pixels), although the screen size is a tad small, just under 5,5-inches. That means everything will be razor sharp because there are too many pixels to count. A possible bad thing is – you can hardly notice a difference in resolution between full HD and a 4K screen when it comes to smartphones. The next feature of Sony XZ Premium is the camera, as we mentioned. It has a 19 MP back camera which can record in amazing 960 frames per second Slo-Mo mode, allowing for a world of fun.

Google’s answer to the challenge of its rivals is the Google Pixel phone. No, before we go further, it’s important to realize Google Pixel came out near the end of 2016 and is a tiny bit outdated. The screen is quite small, only 5 inches in diameter, which falls behind the competition, and with a full HD resolution of 1920 x 1080 pixels. What’s surprising with this one, although it has a 12,3 MP camera on the back, it is able to record 2160p videos in 30 frames per second! The processor is Quad-Core Snapdragon 821 with Adreno 530 GPU which is a well-known and powerful combination nowadays. In the end, if you’re a fan of Google, and are looking for a phone with decent specs, we’d say stop right here.

Oppo is a manufacturer of smartphones that might be unknown to you. That, of course, is not the only reason we picked it, but we really wanted to show you how great it is. As usual, cameras are one of the best features and Oppo F5 sports a 16 MP back one, while the front has 20 MP. That is one of the biggest front cameras, and with it comes some of the AI features Oppo has introduced. Those features have a goal of making you look your best, erasing the limits between real and artificial. You can be sure the specs of Oppo F5 are a big deal too, with CPU being Octa-core Mediatek MT6763T Helio P23. Graphics aren’t lagging behind thanks to Mali-G71 MP2.

This one is a newcomer to the world of smartphones. In fact, it was released recently, that price isn’t set in stone yet. In speculation is the price of around $300, which is really good news for us, as you’ll be getting quite a lot. Don’t be fooled by the lower price, this is still among the top smartphones with 4GB RAM installed. So, first up, the screen. Almost 6-inch (5.93 to be exact) screen sports a resolution of 1080 x 2160 pixels with aspect ration being 18:9. The ratio is a bit unconventional, but we see a lot of smartphones having that exact ratio, and we can guess the future holds more of those. The cameras create big, beautiful pictures by working in a pair (dual, if you didn’t get it) with a resolution of 16 millions of pixels.

Xiaomi became very appreciated by offering phones with plenty of custom features, and all for a very affordable price. This one is no different, and Xiaomi Mi A1 features will really get you a bang for your buck. For a small sacrifice of just under $250, which is the current price, you’ll be getting a full HD screen (1920 x 1080 pixels) and a display with 5.5-inches in diameter. The camera on the back is dual, 12 MP which isn’t a big surprise, they’re becoming more common these days. What surprises us that it’s implemented in a smartphone of this price range, and we’ll have to thank Xiaomi for that. The battery is just enough, and you can always upgrade to Android 8.0 (Oreo) if you wish to do so.

We’ve saved Motorola Moto Z2 Force for the end. Motorola had their revival with this one along with a model called Motorola Moto Z2 Play. They’re quite similar when it comes to specs, but we decided to showcase this one. Part of the reason is the CPU inside – a top-notch Octa-core Snapdragon 835. The GPU matches it to the tee, Adreno 540 is top of the game as well. Are you assured this is a definitive beast, or should we continue? Just in case, we’d like to mention the screen panel type – P-OLED with a feature called Shatterproof, in case of accidents. The screen itself is of a decent size – 5.5-inches with a resolution of 1440 x 2560 pixels. in the end, what can we say, the choice is certainly tough, I wouldn’t like to be in your skin, forced to take your pick. 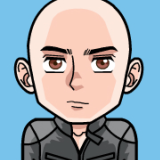