Oh, boy what do we have here? A decent sized screen without a physical keyboard like on BlackBerry KEYone, huh. We’re not sure if that’s the move on their part because they realized physical keyboard is old news, or just spreading their offer of smartphones. Well, whatever the case may be, we’ve got a low to mid-range specs of BlackBerry Aurora to take a look today, and they come at an affordable price. Although it’s been available in Indonesia only initially, we think it will spread all over the world very soon. And it should because it’s a good option if you don’t want to break your bank.

Right off the bat, from what we could find, BlackBerry Aurora price is around $250. That’s the price range of Xiaomi Mi A1, for example, so we have something to compare it to. Okay, let’s start. The design itself is very simple, and should we say – plain. There aren’t many additions to it, but it looks to be a unibody, with a sleek look to it. We like that, to be honest with you, and the only thing that differentiates from the look is the camera and LED flash to it.

It won’t be as noticeable if you decide to take a black version of it, but you can still go for silver or gold. The main difference and something you’ll be glad about is the lack of their signature physical keyboard. We’re still on the fence if that was a good move on their part, but it’s up to you to see and decide. The size isn’t a big issue, it’s 125 x 76.8m in size. But it’s nowhere close to the thinnest phones out there, we gotta tell you this. It’s 8.5mm thin, which is 1.5mm more than their more expensive model, BlackBerry DTEK60.

Moving on, BlackBerry Aurora sports a 5.5-inch screen, but with only HD resolution of 1280 x 720 pixels. That isn’t extremely bad, but with äround 267 pixels per inch, the screen won’t be as sharp. But we’re glad to see it makes up for these shortcomings in other ways. It comes with a Quad-core Qualcomm Snapdragon 425 processor with a 1.4GHz clock. This isn’t extremely impressive in 2018 or even 2017, but it’s justified for that price range. Additionally, you’re getting 4GB of RAM, which starts to boost our confidence in this phone. When it comes to storage, you’ll have 32GB of internal memory at your disposal.

Finally, if that proves not enough for your storage needs, you can expand it with a microSD card with up to 256GB, and that should solve it all. Another thing that really surprised us and made us happy – it ships with Android 7.0 (Nougat) in the box, which provides great interface and navigation experience. The camera is quite good for this price range, with 13MP on the back and 8MP on the front, allowing for both pictures in nature and some selfies. This combination actually reminded us of Samsung Galaxy J7, so you might want to give that one a look. 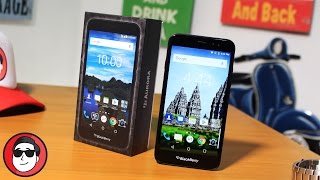 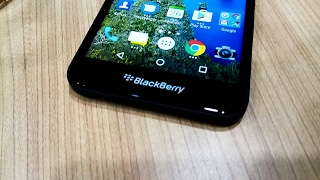 5.3
Post a Review Please note that each user review reflects the opinion of the respectful author. To get approved, make sure that the review is big enough and contains unique opinion.