BlackBerry managed to surprise us all with their smartphone BlackBerry DTEK60, released back in October 2016. Although it’s almost one year old, this boy packs quite a punch! With its huge 5.5″ crystal-clear display with 2K (1440 x 2560) resolution and 534 ppi pixel density, you’ll be able to watch movies and picture with astonishing quality. Surely, it isn’t the most beautiful smartphone on market, we can already tell you that. It’s not that it’s ugly, just the design is a bit uninspiring, but makes up for it with performance. We were quite surprised to see BlackBerry going hand to hand with famous smartphone manufactures, as we thought the company lost the race.

But it sure didn’t and came back stronger than ever. The specs are almost top of the game, while the price isn’t the most expensive we’ve seen. Quite opposite, it’s very reasonable for the specs it offers. They decided to come back in style, so they took the most famous sensors, and BlackBerry DTEK60 specs are very, very strong. In fact, they’re quite similar to Nokia 8, for example, or even Samsung Galaxy S8 in some way. And it’s cheaper than those, so keep that in mind. We’re talking about Qualcomm Snapdragon 820, which isn’t top-notch but breathing down its neck. The processor is Quad-core and accompanied with Adreno 530 GPU.

Even though it’s very close to top-end, it’s not, but remember BlackBerry DTEK60 price is only $420! That’s considerably less, making it an affordable option if you’re aren’t obsessed having the strongest phone out there. In the end, specs of BlackBerry DTEK60 are here to provide a smooth gaming experience, even when playing some high-end games. Now, considering it’s overall size, it feels very good in your hands. That’s mostly because it’s 7mm thin, making it not exactly the thinnest mobile phone out there, but very thin indeed.

Furthermore, this phone’s main selling point is the camera. BlackBerry DTEK60 features a 21 MP camera, capable of recording 2160p videos at 30 fps as well as 720p videos at 12o fps. That’s 4K, if you didn’t realize! It’s one of the best cameras out there, and although it doesn’t function well in low-light conditions, that doesn’t hurt it very much. You can always turn the flash on, plus it makes insanely good pictures in natural and good lighting. In our analysis, its fingerprint sensor wasn’t perfect, and we found ourselves struggling sometimes.

To wrap up our journey, BlackBerry’s end users are business owners and workers. It allows for good productivity and security while using it. But even for us, it’s a good, affordable choice. Do we need to mention you’ll be getting a 5.5-inch screen with 2560 x 1440 resolution? That’s better than Nokia 7, for example, and it has a very similar price point. In the end, storage might concern you, as it comes in 32GB version only. You can always expand it by using a microSD card if you really need to. Furthermore, you’ll be getting 4GB of RAM and 3000 mAh battery to power your daily tasks. What more do you want? If you found out you actually like it, give it a go. 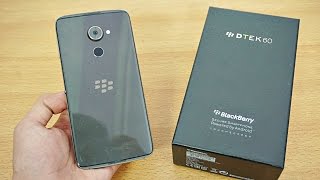 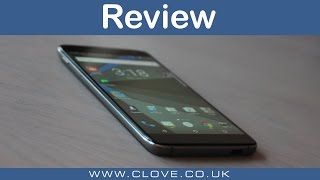