We’ve got quite some improvements when it comes to routers this year. This is certainly the year of gaming, and games are rising in popularity. The manufacturers had to answer the call in order to keep up. In the past you were thinking: ”I won’t buy a wireless router, the cable is faster and more reliable”. And you would be exactly right. But now’s a new time, routers aren’t just those you receive from your provider, a means to an end. They can be beasts as well as your PC or Mac, and today we present you one of those – D-Link EXO AC2600 MU-MIMO Wi-Fi Router.

This beauty is all black and looks really badass. The weight is around 570 grams, which isn’t pretty heavy, altho just a tiny bit on the heavier side. You can’t help but notice those four antennas on the sides, which are high-performance as they promised. Whether you want D-Link EXO AC2600 MU-MIMO Wi-Fi Router features to be highly customizable, or pretty much just plug-and-play while using them, you’re covered. They made it for both avid gamers that need speed, but also people with big family homes that needs strong and reliable coverage.

Let’s talk about D-Link EXO AC2600 MU-MIMO Wi-Fi Router specs. First of all, it’s a router  80211.ac Wave 2 features such as MU-MIMO and 80/160MHz channels. It operates on both 2,4GHz and 5GHz frequency, so it doesn’t matter which device you’ll use it with and how old, it’ll work. The type of router is a dual-band AC2600. To clarify, that means you get 800Mbps on the 2.4GHZ band and 1,733Mbps on the 5GHz one. What sets it apart, and what you probably read in the title, is the MU-MIMO technology support. Now, in order to use it, you need MU-MIMO adapters on the other device as well to have a better performance with up to 3 users at once. Don’t worry, MU-MIMO is commonly integrated into newer notebooks by default.

Let’s keep things going, it has an Advanced AC SmartBeam feature, along with DLNA Media server support. The LED lights at the front are actually pretty dim, and you need the room to be absolutely dark in order to see them. In our opinion, the lights should not be bright and green anyway, and this is a good decision on their part. Your opinion may vary, so it’s either good or bad, you decide. Although the specs are strong, the price of D-Link EXO AC2600 MU-MIMO Wi-Fi Router is affordable. It is only 144$ for this black-colored piece of tech to make your business faster.

You’re also getting some USB ports as well, especially the USB 3.0 on the side. It’s kind of a weird placement and will stick out like a sore thumb. The main use is, of course, files and printers sharing within your office or your home. On the back are the standard four Gigabit LAN ports and one USB 2.0 along with power button. A button to turn Wi-FI on and off is there too, along with WPS (Wi-Fi Protected Setup). Your data is encrypted by WPA/WPA2 encryption, so you can be sure no one is taking a look at your traffic. 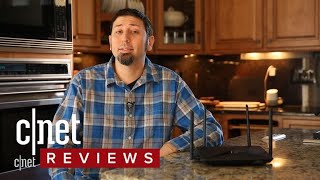 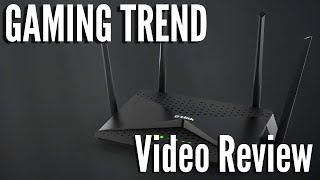