There are various assumptions out there whether DJI justifies their price tag with their build quality or camera properties or even flight speed. And yes, in some of those, their drones are by far superior, although you have to pay at least a thousand dollars in this case, three to four times as much. DJI Inspire 2 specs have received a big upgrade, mainly when it comes to the safety of your investment in a drone for you or your business. When compared to their previous model, which is still very relevant, shooting 4K content, this one has brought much-needed upgrades.

First up – the thing you are probably curious about the most – camera. You can put different cameras depending on your choice, but we’ll take a standard choice one to help show you the capabilities. ZENMUSE X5S, which weighs a bit around 460g brings a big lense-compatibility, as well as a 4/3” CMOS sensor. It has a capability of taking 20.8MP pictures with a 72-degree field of view. There are many other specs to accompany the camera, but the most important is certainly video-recording in 5.2K with 30 frames per second, and 4K at 60 fps. All the commonly-used video and photo formats are at play here, as well as RAW, of course. This makes it a default choice for professionals.

Much like DJI Phantom 4 and Yuneec Q500 4K Typhoon, you need enough flight time to get all the right shots. Obviously, the batteries inside are to thank for that, and DJI Inspire features more than those two – 6000mAh Li-Po batteries total. The flight time ranges between 23 and 27 minutes, which is quite a lot, knowing the amount of time other drones spend actually in the air. Furthermore, let’s talk about how you’ll be controlling the beast itself. Even though the build quality is insanely good – made of a magnesium/aluminum composite.

But you will (hopefully) never get to test its resilience, primarily because of the countermeasures they’ve taken to help you keep your money invested safe and secure. On the front is an FPV (First Person View) camera, as well as a smart obstacle-avoiding system in place. They’ll see a maximum of about 30 meters in front, while the infrared scans 5 meters above, thus making it almost impossible to crash. You can forget catching trees or touching sharp objects or rocks, or in the worst case scenario – drone falling to the ground.

This puts the drone at a bit of a disadvantage, depending on how you look at it – as your speed will be limited to 45 miles per hour or 72 kilometers per hour. Honestly, that’s still a great speed, and you should not seek anything more. However, if you’re an adrenaline junkie, and like living on the edge (and risking your money) you can enable a Sports Mode, thus increasing the maximum speed. For DJI Inspire 2 price of a little under $3600, your drone can fly at speeds of up to 58 miles per hour or 93 kilometers per hour, just like an older car! To be honest, with a price like this you’re more likely to buy a car, so if you’re looking for a drone for amateurs or enthusiasts, look elsewhere. 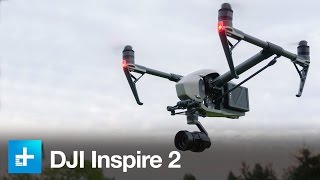 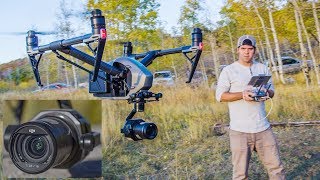