Drones are a new and exciting thing in the age we live in today. While they were reserved for military use in the past, and rarely as visible as these, now we have an exciting thing to look at. And you better be following it closely, because it a disaster might happen – it’ll go out of range and crash who knows where. However, while it’s under control, it’s a good way to have some fun, see your city in a whole different light, or make unique photos and videos. So, in case you’re not familiar with drones, let’s see what makes DJI Phantom 4 specs stand out.

But wait! Before you start going very high and far and using it to the maximum, you might want to try it out close to the ground. That’s because this drone doesn’t come cheap, that’s for sure, with the price of DJI Phantom 4 around $900. When we take a glance at design, there are absolutely no sharp lines or uneven surfaces. It’s all been planned out, the surface of the drone looks shiny, premium, and overall expensive. Furthermore, this is the first model intended for a big market of customers that comes equipped with OSS.

Now, what is OSS, you might ask? That’s DJI’s name for their advanced obstacle-avoidance system. You are probably aware that going out of range or crashing during a high-wind weather is your main opponent. Well, they tried to fix that by having optical sensors in front, which you can think of as drone’s eyes. They see between 0.7m and 15m in front, and will effortlessly work its way around an obstacle. The other option is to hover in place until you do that manually. This saves you a lot of stress and in the end, money. Of course, that would be the first thing you’ll be tempted to test, we get it.  To be honest, you should, no matter how scary it looks – it works flawlessly.

Another thing available on this white beauty of a drone and one of the best features of DJI Phantom 4 is the Sport mode. You see, besides flying casually, and judging by the price, it is capable of so much more. With the aforementioned mode, you can fly at speeds of up to 72 km/h, which is pretty fast, plus ascent at 6 meters/second, and descend at 4 m/s. It might sound foreign to you, and you shouldn’t bother with these numbers – just try it out. It’s very, very fast, and allows for some adrenaline-rush videos.

We feel like we have to warn you, OSS does not work in Sport mode. That means – do not rely on it to save your drone. As we’re approaching the end, it’s important to notice that those optical sensors aren’t only used against obstacles. All the uses will become obvious by downloading DJI’s Go smartphone app for both Android and iOS. It allows you to see all of DJI Phantom 4 details in real time, along with adjusting settings. Not only will you be able to see how much battery juice is left, but also use their Intelligent Flight modes. It’s a set of presets, allowing your drone to follow you via a GPS signal, or orbit around you or another point you set. 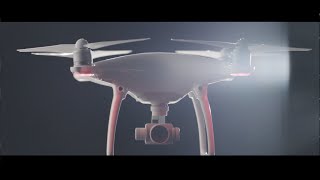 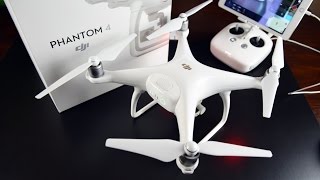 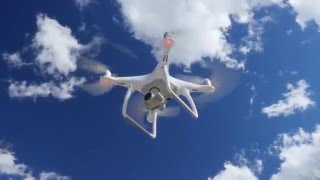 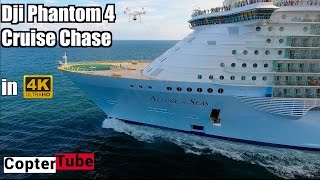