Here we go, another very popular home and office wireless system called Eero Wi-Fi System. Its main purpose is to blanket your entire home, no matter how big, with a solid-strength Wi-Fi signal. That way you can forget about dead zones, drop-off, buffering and such. Are you the type of person that likes to move a lot around the house? You start something while sitting in front of a desk, and then you move to a couch? Then this one is perfect for you, in case you don’t mind the price.

Yes, we’ll have to mention that first, because that’s what might make you run the other way. The price of two Eero Wi-Fi System devices is about $260. That’s the same, if not more than what Google Wifi has to offer, and they pull ahead in many ways. However, it will be up to you to decide whether this one fits you more. Here we’ll mostly talk about a set of three of these, as that’s the recommended size for a big, big home. So, let’s start. All the specs of Eero Wi-Fi System are based on three units. One unit will stay near your modem, and connected to it.

The other two are used as wireless extenders or satellites. Of course, satellites can’t function without the main unit, but the main unit can function on its own if you wish so. Yes, the signal will be stronger, but the range will be lost, that’s for sure. We’ve seen something similar with Netgear Orbi. However, the main difference between them is in the way they work. Eero Wi-Fi System features allow it to switch between 2.4Ghz and 5Ghz bands to find the fitting one. But in that process, about 50% of the WiFi signal gets lost in the process.

That’s how Wi-Fi bands actually work, as one band has to both receive, and then broadcast the same signal, all at the same time. You’ll suffer from some signal strength weakness, but that’s the way it is. The only way to stop that would be to use cables, which is entirely possible. They all have LAN ports on the back, and you’re free to connect them if you wish so. But we’re sure that’s not why you purchased a Wireless system, so we’ll leave it at that. Let’s see what user analysis showed and how it acted under heavy duress.

In a recent, 2017 update, it received some speed increase, and the speeds are as follows. At a very close range of about 3 meters, it achieved speeds of about 450 Mbps, while at about 20+ meters it dropped down to 182 Mbps. This is acceptable and good unless you’re sharing a lot of data over a wireless network. In that case, it might take some time. The setting up process is very easy, although you need an Android or iOS app, just like with Google Wifi. It’s also Amazon Alexa compatible, which is Amazon’s newest personal assistant app, just like Bixby and Siri. That sure adds to comfort and it’s very easy to use. 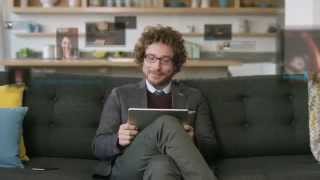