Google Pixel 6 Pro is easily among the top 5 phones in 2022 and ranks even higher among Android phones. This flagship phone from Google was first announced on the 19th of October 2021 and released nine days later on the 28th. The phone comes at a starting price of $899, and it’s safe to say that it is competitively priced. It comes in Cloudy White, Sorta Sunny, and Stormy Black and has three variants. All variants have 12 GB of RAM with 128 GB, 256 GB, and 512 GB of internal storage.

The device doesn’t support an SD card, as is the case with most flagship ones. What it can support is a Nano-SIM and an e-SIM. Also, it can sustain connections from 2G to 5G. The phone has a memorable look, although it may not be everyone’s cup of tea. Its display quality is amazing. Google Pixel 6 Pro measures 6.45 by 2.99 by 0.35 inches and weighs 210 grams. The device has an aluminum frame with a glass front and back, both of which are protected by the top-of-the-line Corning Gorilla Glass Victus.

Not only that, but the device also has IP68 certification for dust and water resistance. The phone’s multimedia experience, as you would expect, is awesome. Google Pixel 6 Pro boasts a 6.71-inch QHD LTPO AMOLED screen with a refresh rate of 120 Hz. It has a screen-to-body ratio of 88.8% and HDR10+support while having a super impressive PPI (pixels per inch) density of 512. The presence of stereo speakers only adds to the experience.

While the phone runs Android 12 out-of-the-box, it will get major operating system updates for three years. Additionally, it will get security updates for five years. The Google Tensor processor delivers superb performance. Its gaming performance is handled by the Mali-G78 MP20 GPU. Apart from all the usual sensors, the Google Pixel 6 Pro has a barometer. It supports Ultra-Wideband (UWB) as well. The phone’s overall camera performance is spectacular. However, that’s no surprise, as Pixel phones are mostly known for their cameras.

Speaking of cameras, the phone has a triple slot on the back. It has a 50 MP wide-angle camera with OIS (optical image stabilization), a 48 MP telephoto camera with OIS and 4x optical zoom, and a 12 MP ultrawide camera. For selfies, Google Pixel 6 Pro features an 11.1 MP ultrawide camera. Besides all the usual camera features, the device has Dual-LED flash, Pixel Shift, and gyro-EIS. As for video recording, the phone can do so up to 4K. One of the rear cons of owning this phone is its battery backup.

The phone should last you a day on average use. However, there’s no denying that its battery life could have been better. It has a 5003 mAh Li-Ion non-removable battery that supports 30W fast charging. The device also supports 23W fast wireless charging, reverse wireless charging, and USB Power Delivery 3.0. For communication, the phone has Wi-Fi 6E, Hotspot, Bluetooth 5.2, GPS, and USB Type-C 3.1. The Google Pixel 6 Pro lacks FM Radio but has support for NFC. 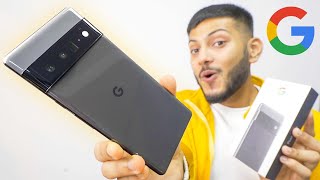 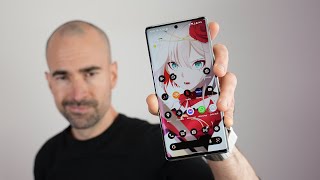