The much-hyped Google Pixel 6 was released on the 28th of October 2021, and it’s safe to say that Google has lived up to it. One of the highlights of the phone is its 6.4 inches AMOLED screen that has a resolution of 1080 x 2400 pixels and an aspect ratio of 20:9. The phone has a refresh rate of 90 Hz and has support for HDR10+. If multimedia experience is your top priority, you will be impressed with this phone. Staying on the topic of multimedia experience, the smartphone has stereo speakers but lacks the 3.5 mm headphone jack.

While the device already has an aluminum frame, it is still protected by Corning Gorilla Glass 6 on the back and the top-of-the-line Corning Gorilla Glass Victus on the front. On the subject of protection, the Google Pixel 6 has an IP68 rating for dust and water resistance. The device supports a single physical Nano-SIM and an e-SIM. In terms of connectivity, the phone supports 2G, 3G, 4G, and 5G. Coming to measurements, the device measures 6.24 inches in height, 2.94 inches in width, and 0.35 inches in thickness. The weight of the phone is 207 grams.

One of the biggest reasons why everyone was so excited about the release of this phone was because of its processor. The device is powered by Google’s own Tensor chip, which is based on the 5 nm technology. The phone scores 693288 points in the AnTuTu benchmark test. Mali-G78 MP20 looks after the gaming performance. The performance of the device is quite good. The device runs the latest Android 11 out-of-the-box, but that’s not the best part. The best part is that you will get updates for 5 years. Previously, Google used to provide updates for 3 years.

The Google Pixel comes in two configurations. Both the variants come with 8 GB of RAM but differ in terms of internal storage offered (128 GB or 256 GB). While the storage options should be more than enough for most users, it would have been nice if there was a 512 GB variant as well. For color, there are three options, Sorta Seafoam, Kinda Coral, and Stormy Black. The price of the device starts at $599. Google phones are known for their impressive camera performance, and this one more than continues with that tradition. It has a 50 MP wide-angle camera and a 12 MP ultrawide camera on the back. In particular, the primary camera delivers an absolutely brilliant performance.

The rear camera set-up allows you to record videos at 1080p and 4K. Recording videos on this phone is nothing short of a treat. On the front, the phone features an 8 MP selfie camera that can only record videos at 1080p. One of the rare cons of owning the Google Pixel 6 is its battery backup. While most users can go through a complete day on a single charge, it does fall short of what its competitors are offering. The phone has a 4614 mAh lithium polymer battery that supports 30W fast charging.

However, the good news here is that the device can charge from 0 to 50% in just 30 minutes, as per the advertisements. Not only that, but the phone also supports 21W fast wireless charging, USB Power Delivery 3.0, and reverse wireless charging. For communication, the Google Pixel 6 has USB Type-C 3.1, Bluetooth 5.2, GPS, NFC, dual-band Wi-Fi, Wi-Fi Direct, and Hotspot. As far as sensors are concerned, it has an accelerometer, gyro, proximity, compass, barometer, and an under-display fingerprint scanner. 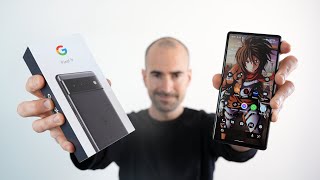 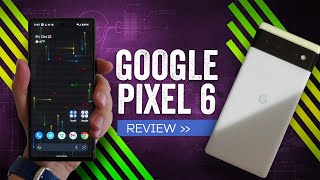