Honor 50 was one of the more exciting smartphone releases of 2021. The phone supports Google Play Store app downloads and other services, something that was absent and sorely missed in previous Honor phones. The phone was first announced on the 16th of June 2021 and released 9 days later on the 25th of June 2021. One of the highlights of this device is its display quality. The device has a 6.57-inch OLED screen whose aspect ratio is 19.5:9. The screen resolution is 1080 × 2340 pixels, while the screen-to-body ratio is an awesome 89.7%. Looking at the specs, it’s safe to say that the multimedia experience will be quite good.

The device does have a loudspeaker but lacks a 3.5 mm headphone jack like most mid-range devices nowadays. The phone measures 6.30, 2.91, and 0.31 inches in height, width, and thickness. Moreover, it weighs 175 grams, which is amazingly light by today’s standards. Therefore, if you are looking for a lightweight mid-range device, you should consider the Honor 50. The build quality is acceptable as it has a plastic frame with a glass front and back. The phone comes in five color options which are Frost Crystal, Amber Red, Emerald Green, Midnight Black, and Honor Code.

There are five variants of Honor 50. The base variant has 6 GB of RAM with 128 GB of internal memory. The next two variants have 8 GB of RAM with 128 GB and 256 GB of internal storage. The highest-priced variant has 12 GB RAM and 256 GB ROM. Speaking about price, the Honor 50 comes at a starting price of $475. While the memory should be more than enough for most users, it isn’t expendable. The device has room for two Nano-SIM cards that support connectivity from 2G to 5G. Coming to sensors, the phone has an accelerometer, gyro, proximity, compass, and an under-display fingerprint sensor.

As for the software, the device uses Android 11 with Magic UI 4.2 on top, The device delivers a solid performance thanks to the Qualcomm SM7325 Snapdragon 778G 5G processor. On the other hand, the Adreno 642L GPU handles the gaming and graphic requirements of the Honor 50. The device has a score of 552000 points on AnTuTu. The performance of the camera is great, but not without flaws. While the main and selfie cameras are fantastic, the others don’t meet the expectations.

Besides the 108 MP wide-angle camera, the phone has an 8 MP ultrawide, a 2 MP macro, and a 2 MP depth sensor on the back. The phone has a 32 MP wide-angle selfie camera that can record videos at 1080p. In comparison, the rear camera setup can record in 4K and 1080p resolution. Finally, its camera has standard features like LED flash, HDR, and panorama mode. For communication, the device has dual-band Wi-Fi, Wi-Fi Direct, Bluetooth 5.2, Hotspot, GPS, USB Type-C 2.0, and USB On-The-Go. Like most mid-range phones, the phone has NFC but lacks a radio.

What will surely impress you about this phone is its battery backup. The device has a 4300 mAh Li-Po non-removable battery that lasts you for 1.5 days on a full charge if you’re an average user. Furthermore, the phone supports 66W fast charging and can go from 0% to 100% in 45 minutes, as ads promise. 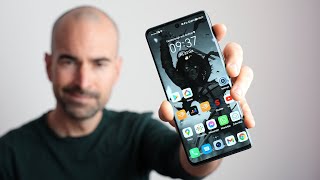 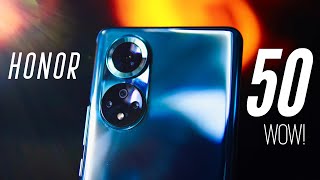