Honor Magic 4 Lite 5G could have been a great all-rounder mid-range phone, had the cameras and speakers performed better. If you can overlook these issues, the phone remains a good option in its segment. Speaking of which, the phone comes in at a starting price of about €300 which approximately converts to $315. The device has two variants. Both have 128 GB of internal storage, with 6 GB and 8 GB of RAM. This is disappointing since there isn’t a 256 GB variant, and you also don’t have the option to extend the storage by using a memory card.

On the bright side of things, it supports connections up to 5G and two Nano-SIM cards. The phone has a solid quality, plastic back, and frame. Honor Magic 4 Lite 5G is tall and big, but thankfully the weight is manageable. For reference, the phone measures 6.54 by 2.98 by 0.31 inches and weighs 189 grams. For colors, you get to choose between Titanium Silver, Ocean Blue, and Midnight Black. Its display is awesome, but considering the AMOLED screens which the competitions offer, it should be regarded as decent. The phone has a 6.81-inch FHD+ IPS LCD screen with a refresh rate of 120 Hz refresh rate.

Honor should be praised for including the 120 Hz refresh rate at this price, though. The phone has a PPI (pixels per inch) density of 385 while its screen-to-body ratio stands at an impressive 89.3%. In the sound department, Honor Magic 4 Lite 5G only has a loudspeaker and that also doesn’t deliver great results. The absence of stereo speakers and a 3.5 headphone jack is shocking, to say the least. The phone’s overall performance is smooth thanks to Qualcomm Snapdragon 695 5G processor. The GPU used here is Adreno 619. On the software side, the device runs Android 11 out-of-the-box with Magic UI 4.2 on top.

A major con of this device is that it doesn’t run the latest Android 12 out of the box. Coming to the cameras, the performance is strictly average at best. The device has a 48 MP wide-angle, 2 MP macro, and 2 MP depth sensor camera on the back. You can take selfies with the 16 MP front camera. Honor Magic 4 Lite 5G has all the usual camera features and sensors. Speaking of video recording, the device can do so in 1080p. At this price, Honor should have ensured a 4K video recording feature.

The device supports dual-band Wi-Fi, Hotspot, Bluetooth 5.1, GPS, NFC, USB Type-C 2.0, and USB On-The-Go. Honor Magic 4 Lite 5G has a 4800 mAh Li-Po non-removable battery which is a bit on the smaller side, in terms of size. However, the battery backup is satisfactory as it should get you over the day on average use. One of the best aspects of Honor Magic 4 Lite 5G is that it supports 66W fast charging. Therefore, it’s safe to say that it is one of the best phones in its segment as far as charging time is concerned. 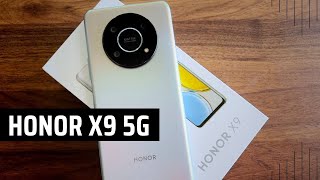 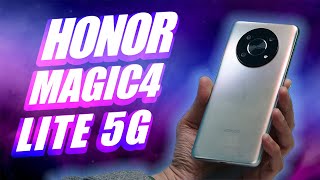