HP Omen 17 is the newest rival in the world of 4K screen laptops, released by HP Inc. You are probably aware that Omen is a gaming series intended for mid-range gaming since last year. HP Omen 17 is the 2017 redesign with a 17-inch screen. The motto of the company is: ”When the competition is relentless, greatness is achieved by those heroes who rise to the occasion”. They will certainly prove that with this one, as it’s a bloody winner, pun intended. Not only is the screen bigger, so are the features of HP Omen 17 that set it apart:

You are getting a full-size island-style backlit keyboard with numeric keypad, which is one of the best-backlit keyboards we’ve seen. It is reminiscent of Razer gaming laptops, it glows bright bloody red, but the decision of which one is better is up to you. HP Omen 17 has a smart design, but the touchpad could be a little bigger, it’s where you expect it to be. Some other laptops today took the habit of placing a touchpad right next to the keyboard, which made you have to adapt. Now that we’ve covered the design, let’s talk about the specs that shine through:

A 17.6-inch screen that gave HP Omen its famous name is a feature to cherish. You are able to choose between two resolution versions, 1920 x 1080 Full HD, and 4K 3840 x 2160. Although the resolution varies, the screen size will stay the same, so no worries. You can watch all your favorite movies in 1080p with pleasure as well thanks to IPS backlit panel. IPS assures the users that you can have no weird dark angles while watching. Altho the 4k version is insanely good for both high-end gaming and watching movies, the battery is the limiting factor. Our tests have shown that the battery life was only about 3 and a half hours with heavier usage.

Maybe you should always be near an outlet, having heard this information. But it’s not all black – HP Omen 17 boasts a 7th generation Intel Quad-core i7-7700HQ. That brings quite some power, and in combination with a GPU of your choice, is a definite go-to. Depending on a budget available, you are able to decide which, a price of HP Omen 17 starts at 849$. The base model has Nvidia GeForce GTX 1050, and it can go up to GTX 1070 if you need.

We’ll conclude this with a story of some other HP Omen 17 specs already inside. We will mention it comes with 8, 12, 16 or even 32GB of RAM! Depending on your multitasking needs, take your pick along with multiple sizes of storage. You get both an HDD of either 1TB or 2TB with 5400 rpm or 7200 rpm, and an SSD for fast booting times. SSD is available in 128, 256GB or 512GB volume, and it is up to you to decide. Ports are a thing of the future as well, with USB-C 3.0 Thunderbolt ports for fast charging and transferring data. In the end, if you’re looking for a top-end laptop for gaming, maybe you should save a little more money. In the other case, HP Omen 17 still packs a hell of a punch for a bit more than 2300$ in the most advanced version. 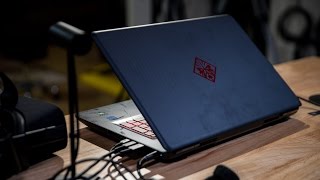 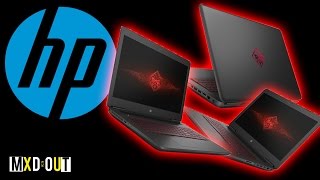