HP Spectre x360 15 with a 15-inch display is the winner coming from HP Inc. There have been a lot of doubts about HP Inc. success after they split from Hewlett-Packard. HP showed us no reason to worry, as they had the number one market share on PCs this year. All they ask of you is not to confuse it with a similar name HP Spectre x360, and you’d be wrong if you thought only the screen size has changed. In our opinion, this is one of the best looking laptops that came this year. Whether you take the Ash Silver or Copper colored version, they’re both the thing to die for.

HP Spectre x360 15 is made of CNC aluminum, looking sleek and thin, but also protected from wear and tear. It has beveled edges, and you might confuse it with a big tablet at a first glance. You wouldn’t be wrong because it has the ability to be a 2-in-1 device – both tablet and a laptop. That’s something that became common these days, so we don’t look at it as a huge feature. Still, HP made the attaching and a reattaching process easy and fast. It’s a bit hard to use it as a tablet, in our opinion, as it’s too huge!

HP Spectre x360 15 specs are a thing of the future as well, now having the 8th generation Intel Quad-core i7-8550U (1.8 GHz-4 GHz, 8 MB cache) which brings blazing speeds and fast rendering. You can use it as both a powerful beast and a handy tablet if you need to move around the house. And if not let the GPU assure you – NVIDIA GeForce MX150 (2 GB GDDR5) should allow you to play all the current games on at least Medium settings! HP obviously didn’t intend it for high-end gaming, but any entry-level gaming or design programs will run with ease. Allow us to present you with some other HP Spectre x360 15 features:

We’ve gone far too long without mentioning the thing HP is proud of – a 4K display! Yes, that’s right – it boasts a 15,6-inch 4K (3840 x 2160 pixels) display, with IPS panel technology. That makes sure that everything you look at is sweet and vivid, but also sharp and fully colored. Pictures and videos are razor-sharp, games just look beautiful in even the lower settings. What about I/O ports and features? HP Spectre x360 15 has just the right ones to make this laptop a king for the year to come. It possesses Thunderbolt™ via USB-C 3.0, and you know what that means?

For the price of HP Spectre x360 15 – 1499$ you won’t need any additional, expensive adapters! You have all you need, one standard USB, one USB-C port, an SD card reader for all your photos, and of course, an HDMI port. Let’s just throw in the convenience that HP Spectre x360 15 brings to your life – a 1080p camera. Windows Hello login feature is fast and effortless thanks to the camera we mentioned, as it has an IR technology included, apart from 1080p resolution. That means that the camera will serve you in low-light conditions for all those late-night Skype calls. 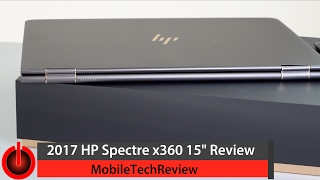 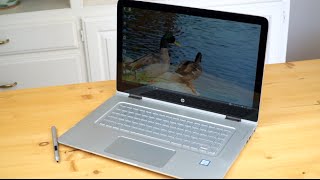