HTC 10 evo went down in price quite a bit from what we initially had the chance to see. You can now get one for under $270, which is the price of HTC 10 evo smartphone. When you think logically, this one is supposed to be a successor to HTC 10, and evo stands for evolution. However, that isn’t the case, and it’s just like an alternative to the one we mentioned. That doesn’t hurt it much, even though you don’t really know what they wanted to achieve with its release. It stands on its own very good, and is worth the money, in our opinion.

Starting with design, it has the same metal unibody we’re used to, and the back is, surprisingly, completely flat. Phones like Samsung Galaxy S8 have a camera that sticks out and doesn’t allow it to lie nicely when you put it on the table. With Apple iPhone X and its dual cameras, the problem is even more prominent, and we’re glad that’s not the case with this one. The design, although beautiful, is very old, as we’ve seen it in a plethora of HTC phones. What we really didn’t like – there’s no headphone jack! Yes, manufacturers and companies are trying to justify it, as it reduces the thickness and there are adapters available.

But why use an adapter if you can have the real deal? So many people are used to that and aren’t quite ready for a change. Whatever the case might be, if this puts you off, you might want to go for LG G5 or Xiaomi Mi A1, as they’re both in this price range. When specs of HTC 10 evo are in question, they’re really good. First of all, the screen is Super LCD3 one, incredibly bright and vivid. It’s 5.5-inches in diameter, but it doesn’t stop there, it possesses an awesome resolution of 2560 x 1440 pixels! That adds up to almost 550 pixels per inch pixel density.

That means watching movies and playing games on this phone is extraordinary, sharp and full of details in combination with a good contrast. To allow playing games and scrolling through menus and navigation, we have a Qualcomm Snapdragon 810, which although not latest, fits this price range perfectly. It has eight cores, four of which are 1.5GHz Cortex-A53, and four are 2.0GHz Cortex-A57, which is a combination we’ve seen work flawlessly. Adreno 430 GPU is added here, which is a bit lower than we expected and might even bottleneck the processor in very demanding games. Nonetheless, a flawless and easy experience that won’t cost much.

Finally, other HTC 10 evo features are as follows. It all starts with 3GB of RAM for a fast and snappy experience. Applications load very fast, and you can multitask without problems. It ships with Android 7.0 out of the box, and it might boast an upgrade in the future. We’re a bit disappointed with internal memory, though. We expected a choice of at least 64 GB, but it only has 32. No worries, as it can be expanded with a microSD card with up to 256GB. The battery is decent, 3200 mAh, although, with a screen resolution like this, you might want to tune it down or be near a power outlet. 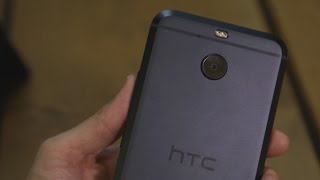 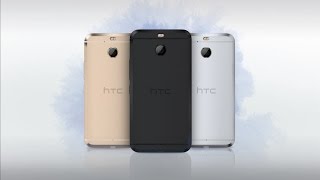 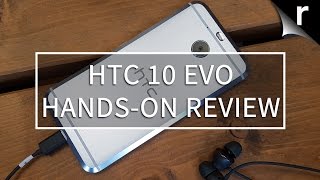 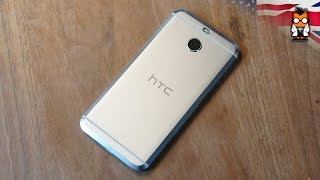