This is one of the top-notch smartphones in HTC line of products, called HTC U11. The name is short and sweet, but the price isn’t really for the everyday consumer. It’s made for those that require more performance from their smartphones, and are willing to pay. Right off the bat, we’ve seen the design of it and fell in love. Not only is it thinner than other HTC  smartphones like HTC U Ultra and HTC U Play, but it’s also lighter and way more powerful. It does come in some standard colors we know, but we’ve seen the addition of Solar Red, for example, along with Amazing Silver.

Whether you’re a fan of classic colors, or like being the one that stands out – the choice is yours. We’ve got to start with one of the best HTC U11 specs, if not the best. Like we already mentioned, if you’re gonna use it for some basic tasks, you should opt for a way cheaper HTC One X10. This phone is capable of so much more, and the screen is amazing. We’re talking about a Super LCD5 panel with 5.5-inches in diameter. But that’s not all – no, this is not a full HD screen, but a 2k one!

If you missed that, yes, the resolution is 2560 x 1440 pixels, which means you’ll be looking at a super sharp screen for the time of your usage. The colors are vivid and punchy, and watching videos is a pleasure. But why stop there, load your favorite movies and TV shows and start watching on your couch or in a bed. You certainly have the capability for that, considering you can choose between 64 and 128 GB of storage right out of the box. Of course, you can always expand with up to 256GB via a microSD card.

So why wait, if that was stopping you, go ahead! If you still aren’t sure, let other features of HTC U11 convince you. First of all, both the cameras are a heaven to use and look at. The one on the back comes with 12 MP of resolution, but sports both OIS (optical image stabilization) and autofocus, along with a dual-LED flash. Video recording has never been easier or more quality, as you can take 2160p videos at 30 frames per second or 1080p ones at 30-120 fps. Where the front camera is concerned, it’s 16 MP and able to take 1080p videos and amazing selfie pictures.

For the HTC U11 price of $650, you’ll be offered a lot. For example, the specs of HTC U11 are top of the game for 2017. The smartphone sports an Octa-core Qualcomm Snapdragon 835 in combination with Adreno 540 GPU, and they’re both top-notch. In the package is either 4GB or 6GB of RAM, so take your pick depending on the amount of multitasking you’ll do. Also, you’ll be getting an Android 7.1 (Nougat) when the phone arrives at you, along with some custom changes in form of HTC Sense UI. All in all, a great phone worth comparing to the mighty flagship Samsung Galaxy S8 and Apple iPhone X, and less the cost. 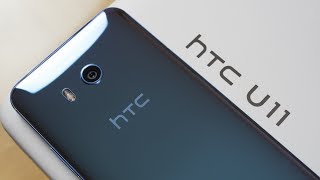 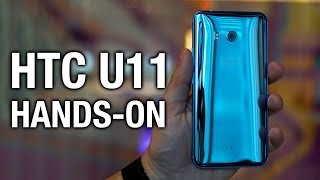 8.7
Post a Review Please note that each user review reflects the opinion of the respectful author. To get approved, make sure that the review is big enough and contains unique opinion.