Huawei Mate 10 is one of the two Huawei phablets that came out in November of 2017. The other one is a slightly upgraded version – Huawei Mate 10 Pro. They have been fighting with Samsung for dominance, and this one along with Pro version might just have what it takes. The design is definitely beautiful, and reminiscent of the S8 model from the front. It has tiny bezels and no sharp edges, so it looks fluent. It is long and sleek, sporting a glass back, looking beautiful. The only apparent disadvantage is that the back you’re using is a fingerprint magnet.

You are probably wondering about Huawei Mate 10 specs – and how different it is from Pro version. Let us tell you it kind of looks like a boring relative. You are definitely getting an IPS LCD screen, not a LED one like you expected. The design sports a 3,5mm jack, and we’re happy Huawei didn’t decide to follow on that and remove it. You’re also getting a microSD card slot on the side if 64GB by default isn’t enough. The fingerprint scanner is fast-responsive and correct nearly every time, allowing you to unlock your phone. Now let us tell you about more of the Huawei Mate 10 specs.

As we already mentioned, with Huawei Mate 10 you’re getting an IPS LCD screen, in size of 5,9-inches. The resolution is Quad-HD 1440 x 2560 pixels, which is great, and followed by ~500 ppi density. That means the pictures are gonna be sharp, but maybe not as sharp as some other flagships. The screen is vivid and bright, which makes up for everything. In case of accidents, the Corning Gorilla Glass protection is present and ready to protect your screen. The screen is HDR10 compliant, so you’ve got nothing to worry about. On paper, the features of Huawei Mate 10 are great, but let’s see what the reality has to say:

Users are getting one thing a Huawei-produced Kirin 970 processor, with eight cores ready to work to the maximum. The processor packs enough of a punch for all your day-to-day uses. The processor is a great rival to Snapdragon 835 other flagships use, and you might wonder who’ll come out on top. We are wondering as well, and only time will tell. In the meantime, you have to hear about other features of Huawei Mate 10. You’ve got 4GB of RAM for you to use, in combination with Mali-G72 MP12 GPU.

The games run stutter-free, load in milliseconds, and apart from always-possible screen tear, it can handle everything. It is also smooth and fast in handling every process you come across on a day-to-day basis. For the price of Huawei Mate 10 – 825$ you’ll be getting a Li-Po 4000 mAh battery. That’s almost the highest amount we’ve seen on today’s market and makes this one a real phablet. You are getting a dual-lens 12 MP back camera as well, allowing you to take crystal-clear pictures. The quality has increased, thanks to the system dual cameras bring in general. The camera can also shoot 4K resolution videos at 30 fps. When you consider this one is about 100$ cheaper than other flagships, the specs will probably convince you to buy it. 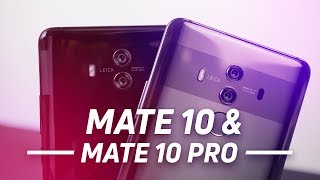 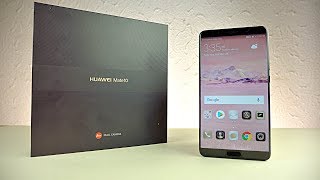