Huawei launched its latest flagship phone last year in October 2020 and was released in the market by November 2020. The Huawei Mate 40 Pro has a large 6.76-inch flexible OLED 90Hz display on the front that stretches around the edges at an 88-degree angle. Huawei labels it a ‘Horizon Display,’ and it has a crisp resolution of 2772 x 1344 pixels. Turn it over, and you’ll notice a camera housing design that differs significantly from that of almost every other Android manufacturer. The triple-camera technology is contained within a circular ring, which is referred to as the ‘Space Ring.’ It also has an IP68 certification for water and dust resistance.

There is even a primary 50-megapixel camera with one of the biggest sensors seen in a cellphone camera, as well as two secondary cameras. It has a 1/1.28-inch RYYB sensor, which is comparable to that of the P40 Pro. The two rear camera lenses are 20 and 12 megapixels respectively. It also features a selfie camera which is 13 megapixels with an f/2.4 aperture.

Huawei Mate 40 Pro is accompanied by a periscope-style zoom camera with a 5x optical zoom capability, as well as an ultra-wide camera. Similarly, the long, pill-shaped dual camera cutout in the display houses an ultrawide lens on the front. When it detects additional people in the image, the selfie lens will transition automatically between wide and ultra-wide perspectives, ensuring that you and all of your friends are included. Huawei offers this device with 3 different inbuilt Sim slots; Single SIM (Nano-SIM and/or eSIM), Hybrid Dual SIM (Nano-SIM, dual stand-by), Dual SIM (one Nano-SIM, one eSIM, dual stand-by).

Huawei Mate 40 Pro is powered by the Android 10 operating system which is supported by an Octa-core processor with 3.13GHz speed. The chipset is a 5nm Kirin 9000 microprocessor with more transistors than Apple’s A14 Bionic, according to Huawei. A 4,400mAh battery is also included, which is quite standard for large flagships these days. More significantly, whether you use wired or wireless charging, it can charge quite quickly. Huawei’s new 66W SuperCharge technology will give you a complete cable charge in approximately 40 minutes, and the charging by 50W wireless charger isn’t that great. It will charge from a standard Qi charger, albeit at a slower rate.

The networking options for this device are Wi-Fi 802.11 a/b/g/n/ac/6, hotspot, GPS, Wi-fi Direct, dual-band, and Bluetooth. It even features a USB Type-C 3.1 port for charging and connecting other devices. The non-removable Li-Po battery with a capacity of 4400 mAh will power the networking tasks all day long. Huawei Mate 40 Pro features additional sensors such as Face ID, fingerprint (under display, optical), accelerometer, gyro, proximity, barometer, compass, and color spectrum. These sensors make using this gadget simple, enjoyable, and effective. This incredible phone is available in 5 colors: Green, Yellow, Mystic Silver, Black, and White. 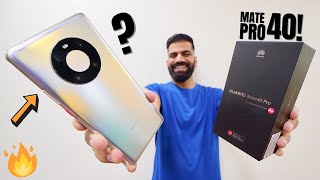 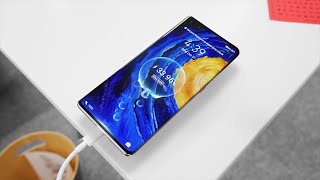