The tablet we know and love, by the name of Huawei MediaPad M3, is a good one. For those that don’t expect top-notch performance and like pushing things to the limit, that is. It’s certainly small in size, and if that’s what you like, you’re in luck. To add to that, it’s also slim, lightweight and pretty handy. The build of Huawei MediaPad M3 is its strongest element. Not only will it allow you to stay mobile and take it with you, but the aluminum casing makes it look expensive. Let’s dig deeper and see what specs of Huawei MediaPad M3 have to offer you:

Like we already mentioned, the screen size of 8 inches in diameter is the perfect fit. It’s big enough to enjoy the features of a tablet but small enough so you don’t need additional accessories to carry it. Besides it looking little bigger than a smartphone, speakers will remind you how different it actually is. Both the top and bottom of the tablet carry little stereo speakers. Those are actually a brand’s ones, not Huawei’s. We’re not exactly sure how making up a tablet from multiple brands usually works out, but here it is absolutely magnificent.

The speakers of Huawei MediaPad M3 are one of the loudest and most clear speakers we’ve yet to hear. Wait until you hear about the screen, you’ll drop dead. The screen is actually very bright, vivid and colors pack quite a punch. That’s because it’s an IPS LCD panel working its magic underneath. The resolution is great as well, 2560 x 1600 pixels, making sure that no matter how close you approach, it’ll stay sharp. They understand the struggles of writers trying to get some work done while traveling, for sure. That’s why with Huawei MediaPad M3 they introduced multiple color modes.

You can choose between Vivid, minimal brightness, Normal, Eye Comfort to reduce blue light, and more. In conclusion, whichever way you use your smartphone or a tablet, you’ll be satisfied. Huawei MediaPad M3 comes with Android 6.0 (Marshmallow), and it looks it’s here to stay. Even though Android 7.0 is available, it looks like we’re not getting that update here. And why would we, when you have a unique Emotion UI feature that either you fall in love, or you hate it completely.

Worry not – we’ve come to the part where we speak about Huawei MediaPad M3 specs. First of all, we’re very thankful that Huawei doesn’t come with a lot of bloatware apps and additional menus. That makes things run smoother and faster in general. As you already guessed, the CPU inside is Huawei’s own Octa-core Kirin 950. In combination with that one comes 4GB of RAM and a GPU called Mali T880. In our analysis, and in user reviews the navigation through the menu and apps is fast and flawless. A little more trouble arises when you try to play some of the high-end games. In the end, the camera of Huawei MediaPad M3 is just decent with 8 MP. The battery of 5100 mAh held its own in our review, but it’s nowhere near remarkable. 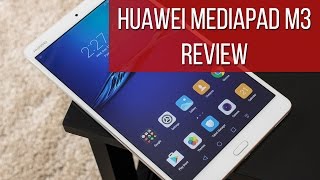 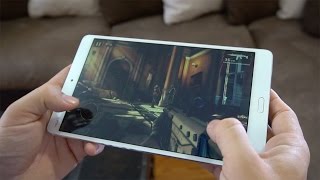