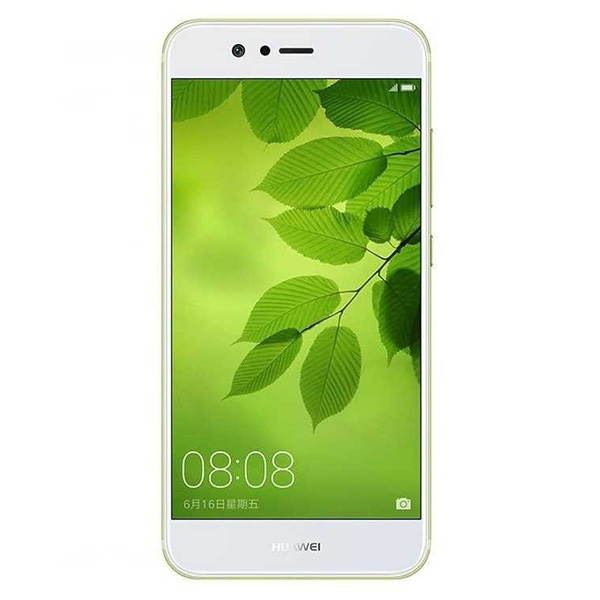 Huawei is known for their high-end smartphones, but what about mid-range class? Well, Huawei Nova 2 is one of those smartphones from Huawei that hit the market in mid-2017. For its price range, it’s great. It has a powerful Octa-core (4×2.36 GHz Cortex-A53 & 4×1.7 GHz Cortex-A53) processor based on HiSilicon Kirin 659 chipset, accompanied by Mali-T830 MP2 GPU. This will assure you the phone has enough power to handle every game you throw at it. But let’s take a look at the design first.  First of all, it looks quite sleek and classic in the Black color we’ve seen. And yes, the first version wasn’t bad, but no one really remembers it.

That’s why Huawei decided to give it an overhaul and brought this one and it’s older relative, Plus model.  The 5″ display here does a great job, even though it isn’t the biggest. Vivid colors and great 443 PPI pixel density stand out and ensure that displaying videos or pictures is sharp enough. You won’t have any trouble holding it, as it’s only 6.9mm thin and around 140g. Overall, a clear and sharp screen with a full HD resolution of 1920 x 1080 pixels. It does sport some visual upgrades with a well-known EMUI 5.1, and you can customize it to your liking. What sets it apart as well as the insanely good audio quality that it offers. So, if you’re an audiophile with enhanced hearing, this is a good phone for you.

The price range is really good, and you can get one for under $300. That’s in range with some smartphones like Huawei Honor 9 and Nokia 7, for example. Huawei Nova 2 features an Android 7.0 (Nougat) operating system, which currently isn’t the newest, but works great in this case. You can find it in multiple colors, three to be exact – Aurora Blue, Grass Green, Streamer Gold and more. If you’re feeling rebellious, go for the blue one, it looks awesome.

The fingerprint sensor is mounted on the back, just like we’ve seen with Samsung Galaxy S8 and Note 8.  Even though it’s a rather weird placement, it’s not as bad as on those, just because this one is smaller. The sensor itself is very snappy and fast, and could possibly be the fastest we’ve seen. The most important feature here is the camera. It’s an excellent camera with its astonishing 20 MP sensor, capable of taking photos in every condition, whether it’s a day or night.

But we’re talking about the front one in this case, and this means – selfies! The back one is a dual camera combination of 12+8MP, which isn’t bad either, to be honest. Let’s see how it handles games. Huawei Nova 2 specs aren’t top of the game but will handle less demanding games with ease. For the newest ones, you might have to go with Huawei’s own Mate 10. You’ll also have a battery capable of handling 2950 mAh, which is decent for these specifications. It’s biggest selling point, and the main purpose is Huawei Music app that can be used to play the best audio quality. That’s because Huawei made a deal with Rainer Maillard, a musician with multiple awards, to create a great audio experience for users.

8.1
Post a Review Please note that each user review reflects the opinion of the respectful author. To get approved, make sure that the review is big enough and contains unique opinion.