Huawei P50 Pro is a brilliant high-end phone, but it has one huge well-known flaw, which is the lack of Google services. If the absence of Google services and 5G connectivity isn’t a deal-breaker for you, this phone is certainly worth considering. The first thing that you will probably notice about this phone is its design. It has a glass back with an aluminum frame that collectively gives the phone a stunning look. However, the phone attracts fingerprints easily. What’s also really nice to see here is that the phone is IP68 certified for dust and water resistance.

The gadget is thin and light as it measures 6.25 by 2.87 by 0.33 inches and weighs 195 grams. It comes in four color options: Golden Black, Cocoa Gold, Pearl White, and Charm Pink. The phone’s display quality and multimedia experience are awesome, just as you would expect from a flagship phone. It has a 6.6-inch FHD+ OLED screen with a 120 Hz refresh rate. Both the 91.2% screen-to-body ratio and 450 PPI density are impressive. In the sound department, Huawei P50 Pro has stereo speakers but lacks a 3.5 mm headphone jack. Therefore, the wired earphones won’t work here.

The performance delivered by the Qualcomm SM8350 Snapdragon 888 4G is super smooth. This isn’t a surprise since the Snapdragon 888 remains among the top processors in 2022. The Adreno 660 GPU handles the phone’s gaming duties. Moving to the software, the device runs EMUI 12, which has a great look and is user-friendly. Also, if you own other Huawei devices such as Huawei laptops or monitors, you can share data between these devices effortlessly. This is certainly a unique advantage of owning the Huawei P50 Pro.

The device delivers a good overall camera performance, but the primary camera is nothing short of phenomenal. However, you can get better low-light camera performance from other phones. On the rear, the gadget has a 50 MP wide-angle camera with OIS, 64 MP periscope telephoto camera with OIS and 3.5x optical zoom, 13 MP ultrawide, and 40 MP B/W camera. Huawei P50 Pro also has a 13 MP wide-angle camera for selfies and video calls. In addition to the phone’s usual camera features, the device has Leica optics and gyro-EIS. Video recording is allowed up to 4K for both the front camera and the rear camera setup.

The phone has a 4360 mAh Li-Po non-removable battery which is definitely on the lower side. That doesn’t mean it won’t get you over the day on average use, though. This phone not only supports 66W fast charging but also 50W fast wireless charging. Speaking of charging, the gadget has USB Type-C 3.1. Huawei P50 Pro supports USB On-The-Go, dual-band Wi-Fi, Wi-Fi Direct, Hotspot, Bluetooth 5.2, and GPS. It also has NFC and the extremely rare Infrared Port.

Besides all the usual sensors, the phone has a barometer and color spectrum. The phone comes at a starting price of $749. This is one of the few cons of the Huawei P50 Pro. Compared to the competitors, the device is relatively affordable, but it’s expensive nonetheless. The phone has four variants. For 8 GB of RAM, you get to choose between 128 GB, 256 GB, and 512 GB of internal storage. The most luxurious variant has 12 GB of RAM with 512 GB of ROM. It has a Hybrid slot that can accept two Nano-SIM cards or a single Nano-SIM with a Nano Memory card. The device doesn’t support 5G connections but can handle 2G, 3G, and 4G connections. 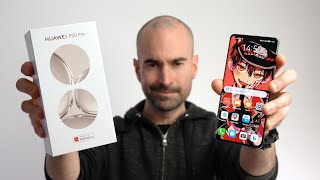 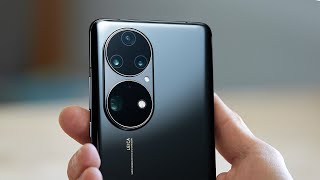