Infinix Note 12 G96 is a recent addition to the highly competitive budget mid-range segment, and it’s a good one. The phone delivers an excellent value for money and the average customer will surely be happy with it. Considering a starting cost of about €190 (approximately $200) and the overall value it delivers, it’s safe to say that the phone is aggressively priced. At this price, while other manufacturers offer 4 GB RAM with 64 GB ROM, Infinix is offering 8 GB RAM with 128 GB ROM. The higher-priced variant has 8 GB of RAM and 256 GB of internal storage.

On top of that, you can virtually extend the phone’s RAM by using 5 GB of its storage. Furthermore, Infinix Note 12 G96 has a dedicated card slot. This means you can use two Nano-SIM cards and a memory card at the same time. Connections are only supported up to 4G, though. In terms of design, the phone looks good, but it’s nothing out of the ordinary. The phone is well-built and has a plastic frame. The glossy plastic back panel does attract fingerprints, though. Use the phone with a case on to avoid that. The phone measures 6.48 by 3.02 by 0.31 inches and weighs 185 g, making it lighter than most of its competition.

The options are Force Black, Snowfall, and Sapphire Blue for color. Infinix has one-upped most of its competition once again by providing an AMOLED screen instead of an IPS LCD screen. Also, they have provided stereo speakers, which aren’t common in the segment as well. Infinix Note 12 G96 has a 6.7-inch FHD+ AMOLED screen with an aspect ratio of 20: 9. Its screen-to-body ratio and PPI density are 85.7% and 393 respectively. It has a standard refresh rate of 60 Hz, which can be considered a con of this device. In the sound department, the device has a 3.5 mm headphone jack in addition to stereo speakers.

If you’re a fan of watching movies and videos on your phone, you will be pleased with Infinix Note 12 G96. The Mediatek Helio G96 processor delivers a decent performance. However, it should be mentioned that the chipset is capable of turning in a much better performance. The GPU used here is Mali-G57 MC2. While it’s nice to see the phone running Android 12 out-of-the-box, XOS 10.6 leaves a lot to be desired. To say that the device comes with tons of bloatware would be an understatement. If the company improves its software experience, there’s no telling how popular it can be.

Coming to cameras, the main 50 MP wide-angle back camera delivers satisfactory results in well-lit environments. Besides the aforementioned camera, the phone also has a 2 MP depth sensor and a QVGA camera on the back. For selfies, it features a 16 MP camera on the front. Its camera features include Quad-LED flash, HDR, and panorama. When it comes to video recording, the rear camera setup and the front camera can do so in 1440p@30fps and 1080p@30fps respectively. As for the sensors, the phone has all the usual ones.

For communication, the device has dual-band Wi-Fi, Hotspot, Bluetooth, GPS, USB Type-C 2.0, and USB On-The-Go. Like most other phones at this budget, it has an FM Radio but lacks NFC. Great battery life is one of the major highlights of this phone, as it can get you over two days on light use. Infinix Note 12 G96 supports 33W fast charging, which is among the best in its category, at least in terms of numbers. 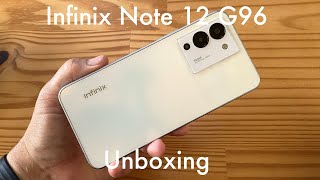 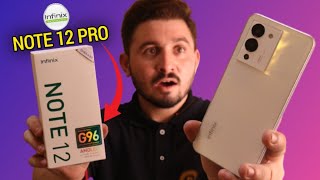