Lenovo Yoga 920 is the newest addition to the Lenovo family in 2017. Really soon after it was announced, it arrived on our doorstep, and they made us overjoyed. You won’t be exactly be making an insane jump from Lenovo Yoga 910, but Lenovo brought upgrades this year. First and the most obvious – Lenovo had something to say about the slim and sleek look you like so much. Their design team outdid themselves – by drastically simplifying the form, and reducing the complex visual aspect of a laptop. It now looks thinner than it really is, and easily fits in your handbag. The only bad thing that’ll remind you of chunky laptops is the weight – 1,4kg.

Lenovo Yoga 920 sports an aluminum body to protect against wear and tear of day-to-day use. You can buy it in multiple colors, and in our opinion silver and sophisticated copper look unusual and beautiful. Lenovo Yoga 920 features are a thing of the future, but with a touch of past to keep us grounded and humble. Did life make you have to use a pen every day? So are 72% of people today, so why change it? Lenovo shares your opinion, and they’ve allowed you to use a pen on a detachable screen.

It’s a strong point of this beauty – you have hinges integrated for easy detaching and reattaching whenever you feel like having a Lenovo Yoga 920 as a tablet by your side. If you just like to reposition, you can without breaking a sweat – thanks to the same hinges we mentioned. It rotates smoothly to suit the moment, but with precisely enough resistance to provide stability in your mode of choice. Not only can you draw, but you can wake up that explorer spirit in you. With Windows Ink, you can draw on the map, and you’ll get step-by-step directions to wherever you want to go.

Now let us tell you what you can expect from Lenovo Yoga 920 specs when it comes to more serious stuff. First is the screen –  you’ll choose between Full HD (1920 x 1080) and UHD (3840 x 2160), and the choice is entirely yours! The size stays the same though, you are getting a standard 13,9-inch screen, which is enough to fit your needs. Lenovo Yoga 920 comes with Windows 10 64bit Home version with 30 days trial, and you’ll have a Cortana assistant by your side. The price may be a thing of disagreement because the starting version costs 1300$, and that might be a little pricey for the lowest specs of Lenovo Yoga 920.

Is memory an issue for you? Don’t fret – you’ll be getting a lot if you decide to choose a more expensive version. Lenovo Yoga 920 storage varies between 256GB, 512GB or a 1TB version one. The same package brings you 8, 12, or 16GB of DDR4 RAM for you to use as well. The processor is the 8th generation of Intel processors, ranging from i5 to i7 for the most expensive version. GPU you are getting is an Intel HD 620 integrated into the laptop, in combination with a Li-Cylindrical battery that HP promised will last you 11-15 hours of use, depending on the resolution and the type of usage. 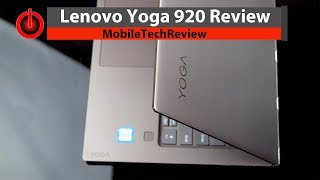 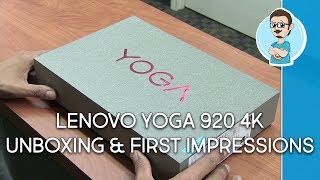 9.7
Post a Review Please note that each user review reflects the opinion of the respectful author. To get approved, make sure that the review is big enough and contains unique opinion.