At the time of its release, LG G4 was at the far end of high-end class. Two years later, LG G4 remained a great smartphone for its price, offering a ton of content. The good thing is, we know the previous and the current version of their G series, so it’s easy to see what LG has been working on. If you didn’t understand, LG already has LG G5 and G6 out. The only downside that we see in today’s day and age is the operating system. It comes with Android 5.1.1 OS, and you can upgrade it to Android 6.0. However, update to Android 7.0 (Nougat) is planned, but we’re not positive if possible at this point.

Maybe you could be the one to tell us? Of course, first hear about LG G4 specs, don’t make rushed decisions, it can cost you a lot. So, to start it’s important to mention the screen size – 5.5-inches. It has later been reduced down to 5.3 for unknown reasons, but here it’s fitting. It’s a big screen with small bezels, therefore making it easy to use with one hand. You won’t be disappointed with the resolution either, as it remained a QHD (Quantum HD) resolution of 2560 x 1440 pixels.

On a screen this size, this means it’ll be extremely sharp and full of details, and needless to say, IPS LCD will make the colors punchy and vibrant. It’s a great fit and LG has been doing it for a while, even their LG V20 and V10 possess the same. The main difference in our review of LG G4 is a slight curvature when it comes to the screen. You might not notice it until you place the phone face-down, but when you do, it’ll look like a slight banana-shaped mobile phone. It’s a great thing when talking on the phone, and an ergonomic position.

Apart from that, the camera actually isn’t a dual one, sporting only one sensor with 16 MP of resolution. We don’t find it surprising as the phone is more than two years old, and there wasn’t the hype surrounding it. However, we have a laser autofocus along with optical image stabilization, which is great for recording. You can still take 4K videos at 30 frames per second as well as take decent selfies and videos with 8 MP at the front. Overall, a great camera, very familiar when it comes to LG phones.

In the end, we’re coming to the performance for LG G4 price of $207. When it came out, these specs were high-end, and even today still relevant and pretty strong. It’s a Qualcomm Snapdragon 808 we’re familiar with, and it boasts 6 cores! In the package is an Adreno 418 GPU for all your games and design rendering purposes. 3GB of RAM ensures you’ll have a smooth performance once Android 7.0 comes rolling on this mobile phone. As always, a standard set of memory capacity – 32GB. Of course, it can always be expanded with up to 256GB via a microSD card. The battery wasn’t impressive in any way, sporting only decent 3000 mAh of capacity for you to use. 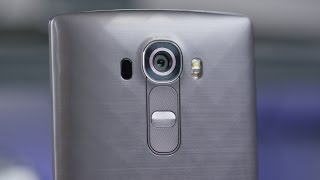 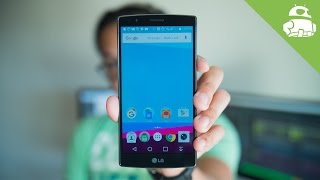