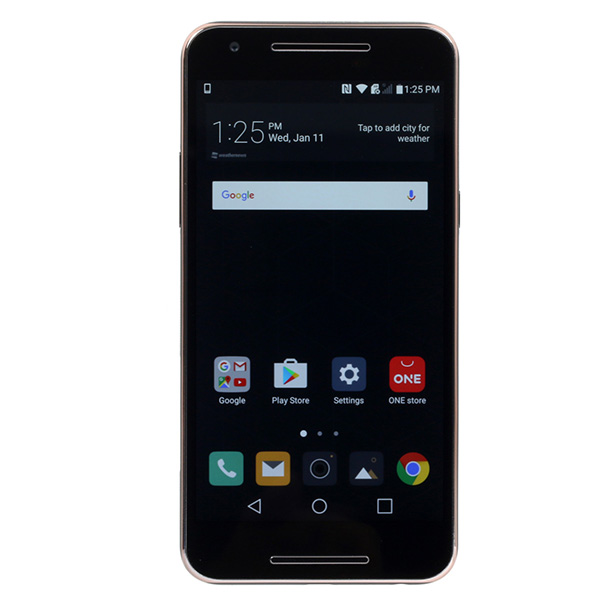 LG U is a less familiar smartphone from LG, and in our opinion, a little underrated. It has a nice, slim design being just 7.7mm thin. It’s the day and age of slim, sleek phones, and we appreciate this one being a part of that. With the price of LG U being around $350, it’s in range with another LG Model, LG V20. And just like others, it’s characterized by a great screen with a decent size, not too big, not too small. But we’ll have to look at the design first before we go any further. It’s very slim, sleek and just elongated.

Apart from being 7.7mm thin, it’s also lightweight, weighing only 135g, making it easy to carry around hold in your pocket and use with one hand. It comes in a set of colors: black, white and pink. There are two timeless, classic color choices, and one for those that are brave and adventurous in their soul. The screen itself is IPS LCD, and you probably know what that means – it’s vivid, bright and lively to look at. And also sharp, thanks to a full HD resolution (1920 x 1080 pixels) on a 5.2-inch screen. That, in return, gives us a pixel density of 424 ppi, which is excellent.

The cameras come in a very well-known combination that Samsung also uses in their J7 Prime model. We’re talking 13 MP / 7 MP on the back and front, respectively. All of that is accompanied by LED flash and an ability to record 1080p videos in 30 frames per second, making it a decent choice. If you’re looking for a quality camera, that is. When it comes to LG U specs, not much is known, actually. We’re not sure what the chipset is, and if it’s a Snapdragon version. What we are sure about is that it contains 8 cores at 1.14 GHz and that it works great.

The GPU underneath isn’t known either, although we suppose it could be found out with some apps. Whatever the name is, from our review of LG U, we’ve found it works great even with some more demanding games. The multitasking feature is present and works too, thanks to 2 GB of RAM inside. You shouldn’t worry about memory that comes with the phone, as there will be plenty to use, 32 GB. If at some point, you decide that just doesn’t cut it, you can insert a microSD card. That’ll take you to as much as 256 GB of additional storage space, and that sure is enough, right?

In the end, the platform that the phone comes with right out of the box is Android 6.0 (Marshmallow). We’re unsure at this point in time if there are upgrades coming in the future, but even if it stays as it is, no app will refuse to work with it. The battery inside is just decent, and won’t last an insane amount of time, as it’s only 3000 mAh of capacity. Remember, this phone has a full HD screen and some other taxing features. If you want to keep it alive, you’d better find a charger to rejuvenate it, and prepare it for a new day.

6.7
Post a Review Please note that each user review reflects the opinion of the respectful author. To get approved, make sure that the review is big enough and contains unique opinion.