Logitech Zone Touch Mouse T400 is a touch mouse that allows you to control the computer in some additional ways. Like we’re already seeing on many mice nowadays, the mouse scroll wheel has been eradicated from the design. This one has taken part in that too, and you’ll see a touch bar between left and right click, and use that to navigate. It’s a three button mouse, which can be quite good for you. But it can be quite bad as well if you’re used to more additional buttons like on Logitech MX Master.

But it’s also about two times less in price, which makes it a good, affordable option. To clarify, Logitech Zone Touch Mouse T400 price is about $40, which can be a little lower, but it is what it is. In case you’re looking for a bit more affordable option, take a look at HP X7000 Touch, which is about $25. Okay, now that you’ve understood that, let’s move on. It’s designed with Windows 8 in mind, but it works on all versions, but on Mac OS X as well. Just like you probably noticed, there are no cables. This one is completely wireless and comes with a USB receiver that goes into your PC’s USB port.

But it won’t be for a mouse only because it supports up to six other Logitech wireless peripherals. One of the best features of Logitech Zone Touch Mouse T400 is the battery life. And it’s just what you’d expect, considering it requires 2 AA batteries to function. Logitech promised you won’t need to replace those inside for about a year and a half, and we’ll hold them to it. Near the battery compartment, you’ll also find tracking strips to add a more fluent scrolling experience.

And when we mentioned scrolling, it’s a touch bar made of glass, although a bit less precise in our analysis. When talking about design, we must mention we found it comfortable to use with smaller hands. In our opinion, it would be too small a mouse if you’re one of those with giant, shovel hands. You might be better off looking for a bigger mouse. It’s available in multiple colors, red, blue, black and purple. Whether you’re male or female, or you’re looking to purchase a gift, you’ll be satisfied with the choice you have. Oh, and an important thing when it comes to mice – the dominant hand you have.

We already mentioned it was designed for right-handed people in mind, as they’re a majority, but what if you’re left-handed? And along with that, aren’t looking to break your bank for a mouse? We suggest you take a look at Microsoft Wedge Touch Mouse. Back to the current one – a handy thing is a convenient spot near where the battery goes. It’s an extremely important thing if you’re a video editor that likes to travel. This way you won’t lose a wireless receiver in a big bag, as it’s quite small. In the end, the only difference is in the touch bar strip, and we think scroll wheel would’ve been a better choice. But, it’s up to you to decide. 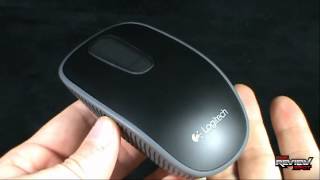 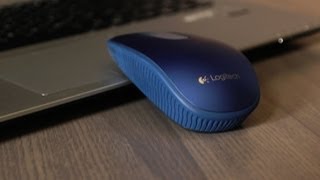 5.5
Post a Review Please note that each user review reflects the opinion of the respectful author. To get approved, make sure that the review is big enough and contains unique opinion.