Microsoft phones aren’t the most sold smartphones on the planet, so you know approximately what to expect from this budget solution from Microsoft. Microsoft Lumia 650 brings Windows 10 OS on it, but it isn’t quite optimized. Not many people actually trust that operating system, so there are some bugs and slowdowns here and there. However, its OLED capacitive touchscreen isn’t that bad. It’s a 5″ screen with HD resolution and offers Corning Gorilla Glass 3 protection. That’s a good start, and in range with Acer Iconia Talk S and Xiaomi Redmi 3x, and their price range. But let’s see what’s the difference, and you might find one or the other better.

The features of Microsoft Lumia 650 aren’t extraordinary. It’ll serve you greatly if you aren’t a demanding user. We honestly can’t see anything impressive about this phone, and its rivals are far ahead. Starting with storage, its only option is 16 GB of internal memory, although you can plug in a microSD card to expand. It doesn’t even have at least 2 GB of RAM, but 1 GB, making it lag behind its competition. We’d be happy if at least one of the specs of Microsoft Lumia 650 was its selling point, to make us happy, but no, not today.

The only good thing about it is – bright, vivid colors on its OLED screen, and the fact that it’s very light, only 122g. That makes it easy to use and navigate through, whether you have big or smaller hands. It comes in two classic colors, black and white, and we have no complaints there, as we’re lovers of simplicity. The camera is pretty weak, although it does have LED flash, unlike Acer’s smartphone model we mentioned. But it’s only 8 MP on the back, allowing you to record only 720p videos and 30 frames per second. The front one isn’t more impressive either, only 5MP and it, too, can record 720p video.

It’s useful for quick selfies and videos when you’re in a hurry, and only that. You won’t be getting amazing pictures with it, but it’s not something you’d expect for this price range. To clarify, the price of Microsoft Lumia 650 is just under $200, and we expected more. When it comes to performance, it sports Qualcomm’s Snapdragon 212 Quad-core processor in combination with Adreno 304 GPU. It’s far from great, but it’ll serve you reliably. Just don’t expect to play any very-demanding games on it. Like we already mentioned, 1 GB of RAM will satisfy only the most basic multitasking needs and it stops there.

Battery, too, has disappointed us. We thought it’ll be extraordinary and one of the best features of Microsoft Lumia 650, but it’s only 2000 mAh of capacity. It won’t last for days even at HD resolution it possesses, but only a day with moderate usage. In the end, this phone isn’t for everyone. But if you’re a fan of Microsoft, and would like to use a phone for business and support what they do, go for it. You could be the reason they decide to expand app-support via their Microsoft Windows 10 for phones and tablets. That way, you can improve the experience for everybody else looking to use of these. 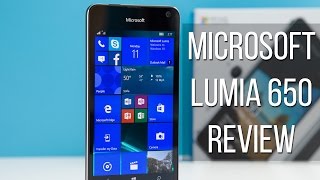 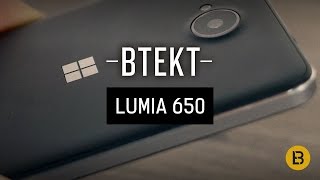 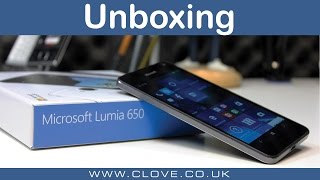 6.3
Post a Review Please note that each user review reflects the opinion of the respectful author. To get approved, make sure that the review is big enough and contains unique opinion.