Microsoft Lumia 950 XL Dual SIM comes with installed Windows 10 out of the box. And yes, when this phone came out, Windows 10 was criticized for poor performance and bad optimization. But with few updates, the problem has been fixed. But what reminds in our mind is a doubt, is the operating system really better than Android or iOS? That’s what we’ll try to find out today. Of course, you should expect a lack of quality and popular apps, but we’re sure they’re being worked on, and if you decide to go with this one, it should help.

So let’s go – this was Microsoft’s flagship smartphone back in 2015, but the specs of Microsoft Lumia 950 XL Dual SIM are still relevant. We all remember the previous Lumia from Nokia, but we’ve all moved on from then. Surprisingly, this one has a beautiful design, we’ll give it that. It has a professional look to it and a 5.7-inch AMOLED display. The bezels are very small, and you can see a Microsoft logo at the top, which takes most of the space. It actually reminded us of Nokia 5, which is not a surprise, as they used to work together. When it comes to color choice, you can go classic – black or white.

What surprised us back then, and even now it’s extremely awesome to see – a QHD resolution! We’re talking 2560 x 1440 pixels, which is very impressive. To add to that, there’s a multi-touch feature, of course, but also Corning Gorilla Glass 4 to protect it from scratches and damage. In case you’re looking to get a screen of this resolution, this might be the best in this price range. And while we’re at that, the price of Microsoft Lumia 950 XL Dual SIM is just under $320. This is in range with HTC U Ultra, and both are great choices.

Moving on, we must talk about the camera on the back. It can’t be helped, you must note the grey circle on the rear, which signalizes how good it really is. And it really is, sporting 20 MP of resolution, which was unheard of back in 2015, but it comes with Carl Zeiss optics along with optical image stabilization. Should we even say more? We will, just in case. It has a triple-LED RGB flash, making your images look crisp, balanced and even warm in some situations. Even in low light conditions, it worked great, you can try it in dim surroundings as well. It’s one of the best, if not the best camera of 2015.

We’ve loved their custom Rich Capture feature, which is a smart picture assistant. When you take one, an unedited one will be shown right next to their suggestion to make it better. Then you can see if you like it, or apply some of the changes their suggest. To add to that, they will be processed very fast thanks to Octa-core Qualcomm Snapdragon 810, which is extremely powerful. The GPU isn’t all that great, but with Adreno 430 you can still play some games comfortably. The problem is – there aren’t too many, as they’re rarely made for anything besides Android and iOS. Here’s hoping that’s gonna change in the future. 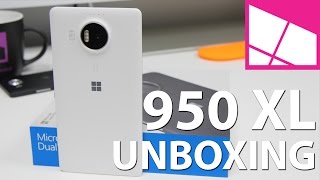 7.3
Post a Review Please note that each user review reflects the opinion of the respectful author. To get approved, make sure that the review is big enough and contains unique opinion.