Microsoft Wedge Touch Mouse is just something unique. It’s not a type of mouse we see every day, that’s for sure. We’re so glad the creative minds from Microsoft thought of this because this touch mouse can be utilized as both a mouse and a touch pad. In other words, it is simply a combination of a wireless mouse and a touch pad. And you know what the best deal about this one is? It’s suitable for both left and right-handed people, unlike HP X7000 Touch. It’s a lifesaver in case you’re one of those in minority and a great choice for you.

Let’s see will you get the bang for your buck with this one. The specs of Microsoft Wedge Touch Mouse are quite interesting. Not in a groundbreaking way of changing things, more in a way of making everything more compact and smaller. Microsoft specifically made it with their keyboards which lack a touchpad. Well, this one has it, and it’s a great feature to speak of. Now, it’s not an extra-expensive, sensitive touchpad, more like a mouse scroll that got a big upgrade. You can go up and down, but also left and right with a touch of a finger.

It’s designed so beautifully, and the touchpad feels matte and your fingers slide easily. The design is very unconventional but familiar once you give it a try. You have the standard left and right click with a good tactile response, and it isn’t too loud. As we already mentioned, it’s wireless, and its own BlueTrack technology does an excellent job tracking the movements. We tested it on multiple surfaces, but on glass especially. We were surprised to notice it working flawlessly even on a reflective surface like glass. Also – it’s not limited to Windows only, you’ll find it working on a Mac without troubles.

Next up – the price of Microsoft Wedge Touch Mouse is only $16, so check it at a link below. We think it’s an extremely affordable type of a mouse that will get you either laughs or amazement from other people. Even though it looks weird, your brain automatically places your hands like you were holding a default-design mouse. You’ll notice nothing has changed, only excessive plastic and curves have been eradicated for good. To keep things more interesting for you, we think it’s important we mentioned the main power behind it – of course, the battery.

With every wireless device, you’re highly dependant on a battery and it’s lifespan. For Microsoft Wedge Touch Mouse features to work good and for a long time, you need just one AA battery. It opens up easily on the side and lets you exchange it in a couple of seconds. After that, it’s up to you to decide – will you buy less-quality and cheaper batteries and exchange often? Or maybe you’d like to purchase some of those that can be recharged and reused time after time? Whichever decision you make, it’s completely up to you, both choices are viable. 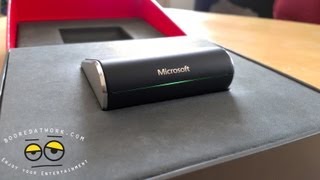 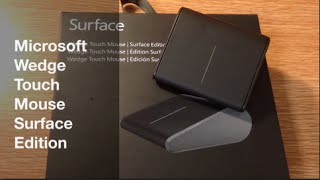