Motorola Edge 30 is an excellent pick if you are mainly concerned with the phone’s performance and design. However, if you are looking for a phone that delivers great battery life or camera performance, it’s better to look elsewhere. The phone looks good, but what’s uniquely impressive here is how slim and light it is. It weighs 155 grams and measures 6.28 by 2.92 by 0.27 inches. Checking the specs and unignorable ads for this phone, it’s safe to say it is one of the slimmest and lightest phones in 2022. Naturally, it is very comfortable to use and maneuver around.

However, its plastic back panel does attract fingerprints easily. For color, the options are Meteor Grey, Supermoon Silver, and Aurora Green. Motorola has continued with the tradition of providing water-repellent design here, as well. What the company has also continued to do is to offer a near-stock bloatware-free Android experience. On the software side, the device runs Android 12 out of the box, which is nice to see since many new phones still ship with Android 11. Motorola Edge 30 delivers an awesome overall performance thanks to the Qualcomm Snapdragon 778G+ 5G processor.

This was expected since the aforementioned processor is one of the strongest processors in the segment. The GPU used here is the Adreno 642L, and the gaming on this phone is impressive as well. Speaking of segments, the phone comes in at a starting price of €449.99 which approximately converts to $472. The device comes in three RAM/ROM combinations, which are 6 GB / 128 GB, 8 GB / 128 GB, and 8 GB / 256 GB. Like most phones, it doesn’t support a memory card but can support up to two Nano-SIM cards and connections up to 5G. The phone’s display quality is decent, while the audio quality is superb.

The device has a 6.5-inch FHD+ pOLED screen protected by Corning Gorilla Glass 3. Its screen-to-body ratio and PPI density are 86.2% and 405 respectively. Motorola Edge 30 not only supports HDR10+ but also has a refresh rate of 144 Hz. Motorola should be praised for including a refresh rate of 144 Hz refresh rate, which is incredibly rare in this segment. While the phone has stereo speakers, it misses out on a 3.5 mm headphone jack. Coming to cameras, the phone has a 50 MP wide-angle camera with OIS, 50 MP ultrawide, and a 2 MP depth sensor camera on the back.

For selfies, the device has a 32 MP wide-angle camera on the front. Besides the usual camera features, Motorola Edge 30 has Dual-LED flash, HDR10, and gyro-EIS. The device’s video recording abilities are limited to 4K@30fps. Contrary to what it might look like on paper, the phone’s camera performance is average. As for the sensors, the device has an accelerometer, gyro, proximity, compass, and a side-mounted fingerprint sensor.

The battery is a department where the phone doesn’t do quite well, but it isn’t horrible by any means. This is because it still manages to get you over the day on average use. Motorola Edge 30 has a 4020 mAh Li-Po non-removable battery with support for 33W fast charging. In this segment, you can easily get phones that not only have a bigger size battery but also charge quicker. For communication, the device supports USB Type-C 2.0, NFC, GPS, Bluetooth 5.2, dual-band Wi-Fi, and a Hotspot. 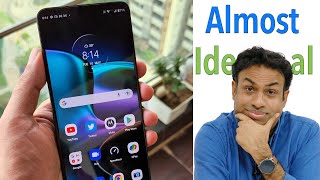 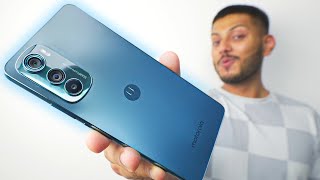