The Motorola G Pure was first announced on the 7th of October 2021 and was released a week later on the 14th of October 2021. The device runs Android 11 and, it comes in only one configuration that has 3 GB and 32 GB of internal storage. eMMC 5.1 is the storage type used in this phone. The device is powered by the MediaTek MT6762G Helio G25 processor that is based on 12 nm technology. It has an octa-core processor, and it has an AnTuTu benchmark score of 171000 points. PowerVR GE8320 handles the gaming and graphic requirements of this phone.

For color, you get only one option, which is Deep Indigo. The device supports a single Nano-SIM card and supports 2G, 3G, and 4G connectivity. However, the Motorola G Pure does come with a dedicated card slot for memory expansion, which supports SD cards up to 512 GB. The price of the device is $159.99. Coming to the phone’s dimensions, it measures 6.59 inches in height, 2.98 inches in width, and 0.35 inches in thickness. The device weighs 188 grams and has a water-repellent design, which is nice to see and is, in fact, one of the best advantages of owning this device. The phone has a glass front with a plastic frame and plastic back.

Moving to the topic of the display, the device has a 6.5 inches HD+ display and a screen-to-body ratio of 80.6%. The smartphone has an IPS LCD panel and a screen resolution of 720 x 1600 pixels. It also has a PPI density of 270 and an aspect ratio of 20:9. In the camera department, the Motorola G Pure has a dual-camera set-up on the back. It has a 13 MP wide-angle camera and a 2 MP depth sensor camera. The rear camera set-up has features like LED flash, HDR, and panorama. On the front, the phone has a 5 MP camera for your selfie and video conferencing requirements.

The front camera includes features like HDR, Auto smile capture, and Gesture capture timer. Both the front camera and the rear camera setup allows you to record 1080p videos at 30fps. In the sound department, the Motorola G Pure has a loudspeaker and a 3.5 mm headphone jack. For communication, the device has dual-band Wi-Fi and Hotspot. The phone also has GPS, A-GPS, LTEPP, SUPL, and GLONASS. Additionally, the phone has Bluetooth 5.0 but lacks NFC, which is expected. What’s not expected is that the phone also lacks Radio, which isn’t the case with most budget phones out there in the market.

As far as sensors are concerned, the device has a rear-mounted fingerprint sensor and face unlock. Coming to the matters of battery and charging, the Motorola G Pure has a 4000 mAh lithium-polymer battery and USB Type-C 2.0. You will get a 10W charger in the box of this device. On the matter of battery backup, Motorola claims that the battery can last up to 2 days. However, looking at the specs, it’s safe to say that the battery can only last up to two days for very light users and that too, in perfect conditions. For average users, the phone should still last a day. The advantages of this phone are that you get a near-stock Android experience, and it’s affordable. Needless to say, there are much better options out there. 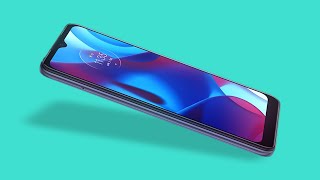