The Motorola Moto E40 was released on the 11th of October 2011, four days after it was first announced on the 7th of October 2011. The device is powered by the Unisoc T700 processor, which is interesting to see considering how most phones today come with Mediatek’s Helio and Qualcomm’s Snapdragon processors. The phone has an octa-core processor and a benchmark score of 198433 points on AnTuTu. The device runs Android 11 out-of-the-box while Mali G52 is responsible for your gaming experience on this phone, which is further supported by the 90 Hz refresh rate.

The device only comes in one configuration, which has 4 GB of RAM and 64 GB of internal storage. The RAM type and storage type used here is LPDDR4X and eMMC 5.1. For Color, you can choose from Carbon Gray and Pink Clay. The price of the Motorola Moto E40 is  €139.99 which translates to $162.09. The device has room for two Nano-SIM cards and supports 2G, 3G, and 4G connectivity. The device has a dedicated SD card slot for memory expansion, which is nice to see. Coming to the phone’s dimensions, it measures 6.5 inches in height, 2.98 inches in width, and 0.36 inches in thickness. Similarly, the weight of the device is 198 grams.

When it comes to the build quality, it has a glass front with a plastic back and plastic frame. The device has an IP52 rating for its water-repellent design. Coming to the display, the phone has a 6.5 inches HD+ display with a screen resolution of 720 x 1600 pixels and an aspect ratio of 20:9. It has an IPS LCD panel and a screen-to-body ratio of 81.6% and a PPI density of 270. Moving to the camera department, the Motorla Moto E40 has a triple camera set-up on the back. It has a 48 MP wide-angle camera, a 2 MP macro camera, and a 2 MP depth sensor camera. Some of the camera features you get on this device are LED flash, HDR, and panorama.

On the front, the phone has an 8 MP camera for taking selfies and video calls. Both the rear camera set-up and the front camera can record 1080p videos at 30fps. Coming to the department of sound, the device not only has a loudspeaker, but also has a 3.5 mm headphone jack. For connectivity, the Motorola Moto E40 has Wi-Fi, Hotspot, GPS, A-GPS, LTEPP, SUPL, GLONASS, and Galileo. The phone has USB Type-C 2.0 but lacks NFC and Radio.

When it comes to sensors, the device has a rear-mounted Fingerprint sensor, Proximity sensor, Ambient Light sensor, Accelerometer, and Notification LED. Moving on to the subject of battery and charging, the Motorola Moto E40 has a 5000 mAh lithium-polymer non-removable battery. While the device doesn’t support fast charging, you do get a 10W charger in the box. If you are an average user, the device should last you a day. The appeal of this device lies in the fact that you get a near stock Android experience from this phone, and that it is affordable. What could also attract users is the 90 Hz refresh rate and the thought of experiencing the performance offered by the Unisoc T700 processor. 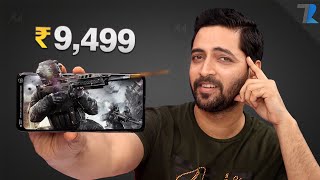 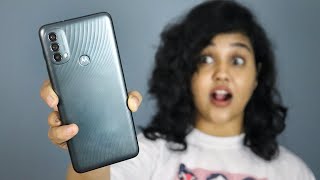