The Motorola Moto G Power (2022) is a successor to last year’s phone of the same name. Interestingly, the phone was launched on the 18th of November 2021. As evident from the name itself, the phone’s biggest highlight is its battery. The phone has a 5000 mAh lithium polymer non-removable battery that supports 10W charging. For charging, the phone has a USB Type-C 2.0 port. The phone should last close to two days on moderate use after a full charge. However, the device lacks a fast charging feature. This certainly diminishes the appeal of the device, especially because it’s battery-centric.

The phone is priced at $199 and $249 for the 4 GB RAM+64 GB ROM and 4 GB RAM+128 GB ROM variant. The memory type used here is eMMC 5.1 and not UFS, which is another disadvantage of owning this device. On the bright side, the device has a dedicated SD card for expanding its memory. Besides an SD card slot, the device can accommodate a single Nano-SIM card which can support 2G, 3G, and 4G connections. The build quality of this phone is good as it has a plastic body but a water-repellent coating as well. Shockingly, the Motorola Moto G Power (2022) only comes in black.

Moving to the dimensions, it measures 6.58, 3.01, and 0.37 inches in height, width, and thickness. The device weighs in at 203 grams, which does fall on the heavier end. Coming to the cameras, the phone has a triple camera set-up on the back. It has a 50 MP wide-angle, and a 2 MP macro and depth sensor camera. For selfies, the Motorola Moto G Power (2022) features an 8 MP camera on the front. The camera has features like LED flash, HDR and gyro-EIS as well, which is nice to see. When it comes to video recording, the device can record videos in 1080p@30fps. While the 50 MP main camera is awesome, the phone’s performance in low light isn’t up to the mark.

In the communication department, the device has GPS, dual-band Wi-Fi, Bluetooth 5.0, Hotspot, and Wi-Fi Direct. The device lacks support for NFC, which is mostly present in mid-range smartphones. For sensors, the smartphone has an accelerometer, gyro, proximity, compass, barometer, and a side-mounted fingerprint sensor. The display quality isn’t great, to say the least. The phone has a 6.5 inches IPS LCD screen with a screen resolution of 720 x 1600 pixels. While the phone does have a refresh rate of 90 Hz, it could have been brighter. Therefore, when you are using the Motorola Moto G Power (2022) outdoors, you will face some issues.

In addition, the phone has a screen-to-body ratio of 79.7% and a PPI density of just 270. Looking at the specs, it’s safe to say that the multimedia experience will only be average. The MediaTek Helio G37 handles the overall performance of the phone. While the processor is decent, you will face lags while switching between apps. The IMG PowerVR GE8320 GPU handles the gaming requirements of the phone. The Motorola Moto G Power (2022) has a score of 171000 points in the AnTuTu benchmark test. On the software side of things, the device runs Android 11 out of the box. 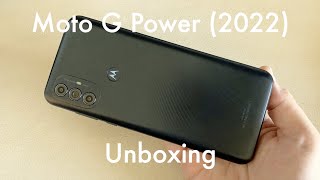 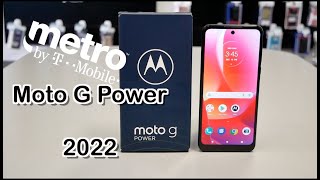