Motorola Moto G200 5G is a great phone that boasts specifications at a relatively affordable price. Speaking of affordability, the phone comes at a starting price of £439 which approximately converts to $597. The device comes in Stellar Blue, Glacier Green and has two variants. Both have 8 GB of RAM but differ in internal storage—128 GB and 256 GB. The RAM and memory type used here is LPDDR5 and UFS 3.1, respectively. The device doesn’t support an SD card but lets you insert two Nano-SIM cards.

In terms of connections, Motorola Moto G200 5G supports 2G, 3G, 4G, and 5G. The phone’s build quality is decent, but at this price, it should have been better. While the device does have a plastic frame and back, it also has a water-repellent design, which is a positive. The weight of the device is 202 grams, which is manageable. What isn’t so painless is using the phone with a single hand. On that topic, it should be mentioned that the phone measures 6.62 by 2.97 by 0.35 inches.

The Motorola Moto G200 5G offers a fine multimedia experience. However, you can easily find similarly priced phones that do better in this regard. The phone has a 6.8-inch FHD+ LCD screen with support for HDR10. Furthermore, it has a screen-to-body ratio of 86.5% and a PPI density of 395. At this price, most phones have AMOLED or OLED screens but in this case, you only get an LCD one. This is one of the biggest downsides of owning Motorola Moto G200 5G. The device doesn’t have a 3.5 mm headphone jack, but that’s often the case with most flagship killer phones.

On the software side of things, the device runs Android 11. The phone offers a near-stock Android experience, which is always appreciated. Performance is one area where the Motorola Moto G200 5G sines. The Qualcomm SM8350 Snapdragon 888+ 5G processor delivers exceptional performance. The Adreno 660 GPU handles the gaming performance of the phone, which is supported by the 144 Hz screen refresh rate. Besides all the usual sensors, the phone boasts support for Ready For, which allows you to access useful apps when connected to a TV or desktop display.

The phone’s camera performance is good but doesn’t quite live up to the expectations. Motorola Moto G200 5G features a triple camera setup on the back. It has a 108 MP wide-angle, 13 MP ultrawide, and 2 MP depth sensor camera. The phone’s camera features include Dual-LED dual-tone flash, HDR, panorama, and gyro-EIS. For selfies and video calls, the device has a 16 MP wide-angle camera. The selfie camera can record videos in 1080p, while the rear camera setup can do so in both 1080p and 4K.

For communication, the gadget has a Wi-Fi dual-band, Wi-Fi Direct, hotspot, Bluetooth 5.2, USB Type-C 3.1, and GPS. While you won’t be listening to FM Radio on this phone, it does have NFC. The phone has a 5000 mAh lithium polymer battery that supports 33W fast charging. While you could argue that the phone’s charging time could have been shorter, its battery backup is superb. Once completely charged, the phone should last for close to two days, if you are an average user. 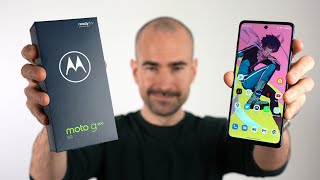 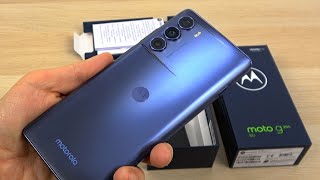