Motorola Moto G50 is a good option if your primary concerns are battery life and 5G connectivity. In every other department, the competition is well ahead of it. Also, it isn’t going to top any value-for-money smartphone lists. However, the pricing is still decent at about €190 (about $204). The phone’s battery life is awesome, as it lasts for one and a half days on average use. It has a 5000 mAh Li-Po non-removable battery with support for 15W fast charging. Considering the price and the competition, the charging speed could have been faster.

The story doesn’t end here, as the supplied charger doesn’t support 15W fast charging. Therefore, in order to charge it at the fastest possible speed, you’ll need to buy a separate one. As previously mentioned, Motorola Moto G50 supports 5G besides, 2G, 3G, and 4G connections. While the phone does look cheap, it does a fine job of resisting fingerprints. This is pleasantly surprising since the plastic back panel has a smooth finish and such phones are mostly known for doing the opposite. It has a water-repellent design, which not many phones offer.

The familiar Moto logo on the back doubles up as a fingerprint sensor. Other sensors include accelerometer, gyro, proximity, and barometer. Moto G50 isn’t meant for single-hand use and has an average weight. It weighs 192 grams and measures 6.49 by 2.95 by 0.35 inches. It comes in Steel Gray and Aqua Green and two RAM/ROM combinations. These are 4 GB / 64 GB and 4 GB / 128 GB. Since the device has a Hybrid SIM slot, it can support an SD card, but it comes at the cost of using your second Nano-SIM. The phone has a 6.5-inch FHD+ IPS LCD screen with a refresh rate of 90 Hz.

While it’s nice to see the phone having a 90 Hz refresh rate, some rival phones do come with AMOLED screens as well. Moto G50 has a screen-to-body ratio of 83.2% and a PPI density of 269. The display quality is fairly average. Moving to matters of sound, it has a loudspeaker and a headphone jack, but no stereo speakers. Needless to say, this will hamper your multimedia experience. While you won’t have issues in your day-to-day tasks like using social media, watching videos, and calling your friends, it’s not meant for intensive tasks like gaming. The chipset and GPU used are Qualcomm Snapdragon 480 5G and Adreno 619.

On the software side of things, the gadget runs Android 11. It delivers a clean near-stock Android experience, like most phones from Motorola. Coming to cameras, their overall performance is best described as substandard. It has a 48 MP wide-angle, 5 MP macro, and 2 MP depth sensor camera on the rear side. Flip the phone, and you’ll find a 13 MP wide-angle camera. Its camera features include LED flash, HDR, and panorama, and can record videos in 1080p. Interestingly, the device can record videos in 1080p at not just 30 but 60 fps as well. Connectivity options include USB Type-C 2.0, USB On-The-Go, NFC, FM Radio, GPS, Bluetooth 5.0, dual-band Wi-Fi, and Hotspot. 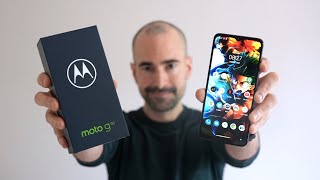 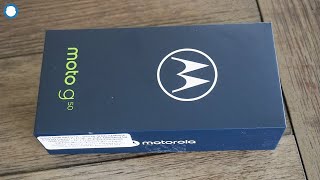