The Motorola Moto G60 which falls in the mid-range segment was released on the 27th of April 2021. The phone was first announced a week back on the 20th of April 2021. Qualcomm SM7150 Snapdragon 732G processor, which is based on the 8 nm technology, looks after the phone’s overall performance. Similarly, Adreno 618 is responsible for the phone’s gaming and graphic requirements, which is further supported by the 120 Hz refresh rate. It has an octa-core processor and an AnTuTu benchmark score of 302151 points.

The device comes in only one configuration, which is surprising. It has 6 GB of RAM and 128 GB of internal storage. The RAM and memory type used here is LPDDR4X and UFS 2.1 respectively. For color, you can choose from Dynamic Gray and Frosted Champagne. The price of the Motorola Moto G60 is ₹17,999 which roughly translates to $239. Although you can increase the internal storage of the phone by inserting an SD card, the phone has a hybrid slot. Therefore, you can’t use two SIM cards and an SD card at the same time. The device can support up to two Nano-SIM cards and 2G to 4G connectivity.

On to the dimensions, the Motorola Moto G60 measures 6.68 inches in height, 2.99 inches in width, and 0.39 inches in thickness. The device weighs 225 grams, making it one of the heaviest devices on the market. The device has a glass front with a plastic frame and back. However, the good thing here is that the phone has a water-repellent design. The phone has a 6.8 inches FHD+ screen that has a screen resolution of 1080 x 2460 pixels. The phone has an IPS LCD panel, and its screen-to-body ratio is 85.3%, with the PPI density being 395. The device runs Android 11 out of the box. Looking at the specs, it can be estimated that your multimedia experience on this phone should be quite good.

Coming to the camera performance, the phone features a triple camera set-up on the back. It has a 108 MP wide-angle camera, an 8 MP ultrawide camera, and a 2 MP depth sensor camera. On the front, the Motorola Moto G60 has a 32 MP wide-angle camera for selfies and video calls. Some camera features you get on this phone are LED flash, HDR, and panorama. Both the back camera set-up and the front camera can record 1080p and 4K videos, but the rear camera set-up can understandably record 4K videos at higher fps. At this price range, very few phones offer a 108 MP camera and for that, Motorola should be credited.

In the sound department, the device has a loudspeaker and a 3.5 mm headphone jack. For connectivity, the phone has dual-band Wi-Fi, Wi-Fi Direct, hotspot, and GPS. The device not just has USB Type-C 2.0, USB On-The-Go, and NFC but Radio as well. Coming to sensors, the phone has an accelerometer, gyro, proximity, and a rear-mounted fingerprint sensor. The device has a 6000 mAh non-removable lithium-polymer battery. The gadget supports Quick Charge 4 and 20W fast charging. For most users, the phone should easily last a day on a single charge. 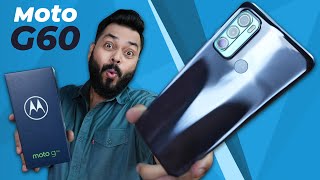 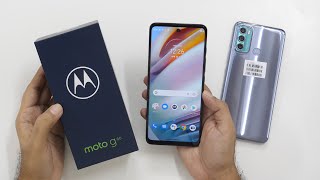