Motorola was once one of the most important mobile phone manufacturers. To be honest, for past few years, Motorola didn’t gain much popularity. We know they were around but couldn’t pinpoint which exactly was their latest model, which could be their fault too. Now that marketing has been done better, we have smartphones like Motorola Moto Z2 Force and Play. The same applies to Motorola Moto M, as it’s among the more popular yet affordable mobile phones in their line. So what does it offer, you might ask yourself. Well, we’re gonna see all of the Motorola Moto M specs right away.

First of all, the body isn’t the slimmest we’ve seen, but it’s pretty thin – only 7.9mm. The weight, too, is a healthy medium between lightweight and what we consider easy to carry. It comes in three fantastic sets of colors – gold, gray, and silver. While we are a tad disappointed to see there’s black or white color missing, it adds to the uniqueness factor. The screen size is on the edge of becoming a phablet, 5-5-inches IPS LCD touchscreen. It sports full HD (1920 x 1080 pixels) resolution to it, which in the end comes down to a little bit more than 400 ppi pixel density.

When it comes to operating system, it’s Android 6.0.1 (Marshmallow), which is of course, not the newest one. But there probably will be a possibility to upgrade it further in the future, if there isn’t one now. The processor is Octa-core based on either Mediatek Helio P10 or Mediatek Helio P15, depending on the country you live in. The cores are a little bit different too, but whichever you choose, you won’t make a mistake – they’re as good as it gets. In the end, the GPU inside is Mali-T860MP2, and it makes for a good combination.

Are you worried about memory and storage capabilities? Well, you shouldn’t, as Motorola Moto M features are great in that department. You’ll get to choose between 32GB and 64GB, depending on your usage habits. There, too, is a possibility to get either 3GB of RAM (with a 32GB model) and 4GB with the other one. What really sets this phone apart is their Dolby Atmos audio enhancement feature, which promises to increase your listening experience. We, personally, haven’t tried it, so why don’t you give it a try and tell us?

In the end, we’re coming down to the camera and battery. The camera shoots decent sized images, going as big as 16 MP on the back one. There is a set of standard features with it, LED flash, autofocus and more. Additionally, you can record 1080p videos in 30 frames per second.  The front camera is only 8 MP, allowing for a casual selfie with your friends. The battery inside is Li-PO 3050 mAh of capacity, which can hold its own, but judging by a full HD screen, you’ll need to recharge it often. In the end, we actually liked its fingerprint sensor on the back, it’s just like Samsung Galaxy S8 one, although easy to reach as the phone isn’t big. If you’re a fan of front-mounted ones, there’s a solution too – Motorola Moto X4. 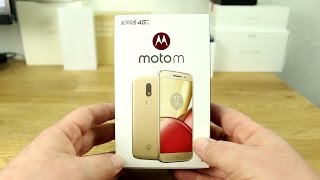 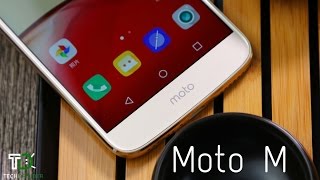 7.9
Post a Review Please note that each user review reflects the opinion of the respectful author. To get approved, make sure that the review is big enough and contains unique opinion.