OnePlus is going to launch its latest flagship phone next month, which is July 2021. There are rumors that the phone will be released by the end of July, but nothing is confirmed yet. OnePlus Nord 2 Has a luxury feel to it when you hold it in your hand. They have used gorilla glass 5 to cover the back and front of the device with a plastic frame. Although they utilized glass and plastic rather than metal for the frame, the plastic is of exceptional quality, which gives it a sturdy look. It’s easy to use this phone with a single hand, which is uncommon in mid-range cell phones, especially with larger designs.

The display of this phone is excellent. The front camera design with double punch holes appears to be good. The size of the display screen is 6.44 inches, which are quite decent and comfortable to carry around. OnePlus Nord 2 has an HD resolution of 1080 x 2400 pixels, offering a more realistic experience with a powerful graphic card. It has a fluid AMOLED display which gives the picture quality a life-like experience. The display provides us with vibrant, clear, vivid, and better contrast. The pixels featured on the screen are of 409 PPI density, which is way above the average density for picture quality offered by other mobile companies. After Stock Android, OneUI is the most user-friendly and smooth UI in my opinion. You will come across ad-free experiences. In simple terms, OneUI is one of the cleanest, yet easy to use UI out there.

MediaTek’s most powerful chipset right now is the Dimensity 1200 on which this device functions. MediaTek has gone a long way since its early days and appears to be doing well in the flagship chipset market, as evidenced by its Dimensity series. It has a 5G connection, a potentially higher camera, and the best display refresh rate which is beyond Qualcomm’s Snapdragon. OnePlus Nord 2, unfortunately, doesn’t provide any external storage extension slot, but they have compensated for this feature by offering this device into different storage spaces. This phone comes with internal storage of 128GB with 8GB RAM and 256GB with 12GB RAM.

The main camera of the OnePlus Nord 2 has three lenses which are: the first one is 50 megapixels which have a wide-angle lens (f/1.8 aperture), the second one is 8 megapixels ultra-wide lens which has a zoom feature (f/2.3 aperture), and the last one is 2 megapixels macro lens (f/2.4 aperture). A Dual-LED flash comes standard on these lenses. It also has a panorama mode for taking pictures with a wide field of view. The selfie camera is 32 megapixels allowing you to click crystal clear pictures which won’t be blurry, with an additional HDR feature. The phone has an inbuilt loudspeaker which has a strong base and, is loud and clear.

OnePlus02 offers multiple external connectivity options such as, Wi-Fi Direct, dual-band, hotspot, GPS, USB Type-C 2.0, and Wi-Fi 802.11 a/b/g/n/ac. The additional sensors featured on this phone are proximity sensor, compass, gyro, accelerometer, and fingerprint sensor. OnePlus Nord 2 also has a face unlock feature in which the selfie camera will scan your face structure and unlock the phone when you look into the lens.

This incredible phone is powered by Li-Po 4500 mAh battery, which is non-removable making it last longer and more efficient. The phone comes with a fast charger which fuels the phone with 30W. 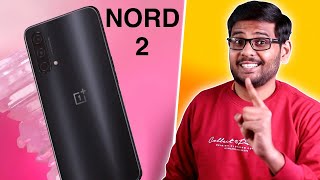 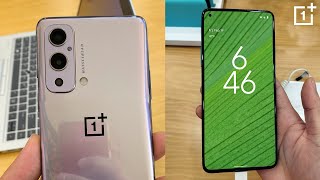