Poco M4 Pro is a good option if you are looking for a value-for-money budget mid-range phone. That is, of course, if the lack of 5G connectivity isn’t a deal-breaker for you, as it only supports connections from 2G to 4G. There’s a 5G model sold separately, too. It was first announced on the 28th of February 2022 and released more than two weeks later on the 16th of March. The phone comes at a starting price of £189 which approximately converts to $250. It comes in Power Black, Cool Blue, and Poco Yellow and has four variants.

The device has IP53 certification for dust and splash resistance, which is nice to see. Considering the competition, the phone delivers a great multimedia experience. The phone has a 6.43-inch FHD+ AMOLED screen which is Corning Gorilla Glass 3 protected. At this price, not a lot of phones come with an AMOLED screen. This is another upside of owning Poco M4 Pro. While the phone’s screen-to-body ratio of 84.5% is less than ideal, its PPI density of 409 is impressive. Poco M4 Pro can also go up to 1000 nits of brightness which should be more than enough, even on a bright day. The experience is also helped by the presence of high-resolution audio and stereo speakers.

Mediatek Helio G96 delivers an expectedly smooth performance. The phone’s gaming requirements are handled by the Mali-G57 MC2 GPU. The 90 Hz screen refresh rate certainly helps in this regard. Moving to the software, the device runs Android 11 out-of-the-box, with MIUI 13 for POCO on top. This is one of the major cons of being a Poco M4 Pro owner. The device is filled with bloatware, which you might have guessed already. Also, it should have run Android 12 out-of-the-box since it was launched in March 2022.

The phone has all the usual sensors. Its overall camera performance is decent, as well. It has a 64 MP wide-angle, 8 MP ultrawide, and 2 MP macro sensor camera on the back. The device’s camera features include LED flash, HDR, and panorama. For selfies and video calls, Poco M4 Pro features a 16 MP wide-angle camera. When it comes to video recording, both the front camera and the rear camera setup can do so in 1080p@30fps.

In the communication department, the device has dual-band Wi-Fi, Wi-Fi Direct, Hotspot, Bluetooth 5.0, GPS, USB Type-C 2.0, and USB On-The-Go. It not only has NFC but also has an Infrared Port, which is pretty rare. Its battery life is quite good. If you are an average user, the phone should last around 1.5 days and up to 2 days on light use. Poco M4 Pro has a 5000 mAh lithium polymer that supports 33W fast charging. It also supports Power Delivery 3.0 and Quick Charge 3+. If the ads are to be believed, then the phone can go from 0 to 100% of charge within an hour at 58 minutes. 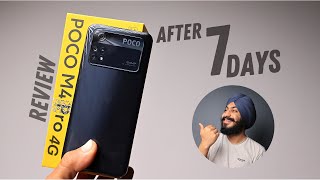 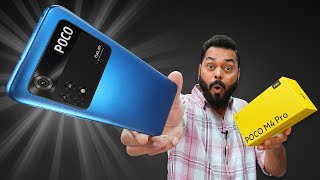