We only need to say Razer for you to be impressed when it comes to gaming hardware. And not only in mice, but also headphones, mouse pads, keyboards, microphones and more. Although sometimes overpriced, there’s no question how quality they are, and the three-headed snake logo will instantly boost your morale. When it comes to this specific mouse, some of the specs of Razer DeathAdder Elite are in range with Corsair Glaive RGB and SteelSeries Rival 700. We’re mostly hinting at 16000 DPI sensor inside, allowing for a perfect sensitivity. DeathAdder series has been here for a few years already, and Elite is the advanced version of Chroma.

Let’s see what exactly we’ve gotten in this package. The color palette choice is the same – you can manually choose any of the 16.8 million colors. It’ll work on both the scroll wheel edge and the logo. It makes for a very interesting light effect when your room is dark. When compared to Chroma, not only has the sensitivity jumped from 10000 to 16000 DPI, but also resolution accuracy. We can thank the new eSports 5G optical sensitivity for it going up to 99.4%. Another set of upgrades and one of the best Razer DeathAdder Elite is the tracking speed. It used to be 200, but now it’s 450 IPS (inch per second).

You know what that means? Whether playing a shooter or an MMO, you’ll have immense results. To add to that, multiple buttons are perfect for those kinds of games. They added two more hypersensitive buttons behind the scroll wheel, totaling up to 7 programmable keys to use as you wish. How does it feel to use and set up, you might ask? Very simple, to be honest. Once you plug it in, the Synapse installer will pop up. Now, for general usage and no customization, you won’t need the software.

But in order to tweak settings, change sensitivity or color, you have an easy-to-use interface.  What surprised us – it’s available for both Windows and Mac. Mac isn’t exactly a gaming OS, so this is great for fans of Razer that like to do other things with it. With that being said, you just realized Razer DeathAdder Elite specs are meant for almost everything. Both surfing the Internet with a comfortable mouse, and also high-adrenaline games that are fast-paced, you can have it all. The mouse fits naturally in hand, and won’t cause fatigue even after hours of use. We know, we’ve tried it.

Now, what will it cost you? Razer DeathAdder Elite price is around $60, which is in range with some of its rivals. For example, Logitech MX Master is even more expensive and has a less pleasant-looking design in our opinion. But, to each their own, it’ll be up to you to choose. It weighs 105 grams, which is a healthy middle, neither light nor heavy. But it’s easily transported and can use settings you set up in in the software everywhere. The cable is of very high quality, and it’s a braided fiber, preventing breakage and damage. At the end of the cable is a gold-plated USB connector, which to no surprise – has a green color detail on it. Nice touch, Razer! 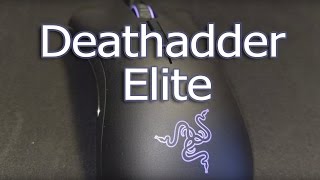 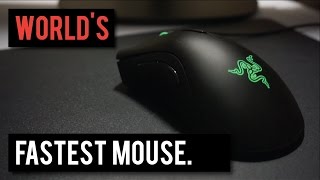