Similarly, the phone also comes in four colors, which are Paper White, Paper Green, Steel Black, and Titanium Blue. The Green and White variant, in specific, looks beyond amazing. It’s easily among the more good-looking phones in early 2022. Speaking of color, Realme GT2 Pro weighs 189 grams or 199 grams, depending on which color option you opt for. Even if you do go for the heavier variant, the phone is still easy to use. Coming to the dimensions, it measures 6.43, 2.94, and 0.32 inches in height, width, and thickness respectively.

One of the major highlights of the phone is the Qualcomm SM8450 Snapdragon 8 Gen1 chipset. It is based on the 4nm technology, and delivers super-smooth performance, as expected. On the other hand, Adreno 730 GPU looks after your gaming requirements. The phone has a score of 1032994 points in the AnTuTu benchmark test. The device has a 6.7 inches LTPO2 AMOLED screen, which is protected by the top-of-the-line Corning Gorilla Glass Victus. Realme GT2 Pro has a PPI density of 509 and can go up to 1400 nits of brightness.

The device also has high-resolution audio, stereo speakers, and HDR10+support. Looking at the specs, it’s safe to say the phone’s multimedia experience should be highly pleasing. Moving from hardware to software, the phone runs the latest Android 12 with Realme UI 3.0 on top. On the flip side, the device lacks certification for dust and water resistance. This is one of the rare cons of owning the Realme GT2 Pro. For sensors, the phone has an accelerometer, gyro, proximity, compass, under-display fingerprint sensor, and the rarely found color spectrum.

Coming to cameras, the phone has a triple camera setup on the back. It has a 50 MP wide-angle camera with OIS (optical image stabilization), 50 MP ultrawide camera, and 3 MP microscope camera that allows 40x magnification. Camera features include HDR, panorama, and Dual-LED dual-tone flash. As for video recording, the phone can do so in 8K, 4K, and 1080p and has gyro-EIS. In comparison, the 32 MP wide-angle selfie camera can record videos in 1080p. In the communication department, the phone has dual-band Wi-Fi, Bluetooth 5.2, GPS, Wi-Fi Direct, and a Hotspot.

The phone also has NFC, USB On-The-Go, and USB Type-C 2.0. The phone’s battery backup is pretty good as well. It has a 5000 mAh lithium polymer non-removable battery that supports 65W fast charging. Another advantage of owning this phone is that it can go from 0 to 100% charge in just 33 minutes, as per the ads. Post complete charge, the Realme GT2 Pro should last you around one and a half days. 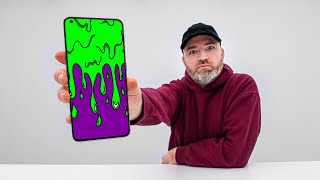 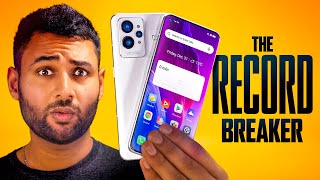