The phone uses the MediaTek Helio G85 processor, a component budget and mid-range phones use often. It delivers a decent performance, while the gaming performance is handled by the Mali-G52 MC2 GPU. On the software end, the phone runs the latest Android 11 and the company’s very own Realme UI 2.0. While its user interface is smooth, Realme Narzo 50A isn’t free from bloatware. Coming to the screen quality, the phone has a 6.5-inch HD+ IPS LCD screen that can go up to 570 nits of brightness. The screen-to-body ratio and the aspect ratio are 81.7% and 20:9 respectively.

As expected, the multimedia experience is good but nothing exceptional. It would have been better if the phone had a higher refresh rate and WideVine L1 certification. Staying on the subject of multimedia, it’s worth noting here that Realme Narzo 50A has a loudspeaker and 3.5 mm headphone jack. The sound quality delivered by the loudspeaker is decent once again. However, it’s nice of Realme to provide a 3.5 mm headphone jack. Otherwise, the only way to listen to music privately would have been Bluetooth earphones.

One of the biggest highlights of this phone is its battery life, and expectedly so. Realme Narzo 50A has a massive 6000 mAh lithium-polymer non-removable battery that supports 18W fast charging. For most users, the phone should last for almost two days on a single charge. This battery contributes to the phone’s weight of a chunky 207 grams. The device measures 6.48, 2.99, and 0.38 inches in height, weight, and thickness respectively. It has reverse charging, too, a handy feature for times when you need to charge your second phone but only have access to a USB Type C cable. For communication, the device has GPS, Bluetooth 5.0, dual-band Wi-Fi, Wi-Fi Direct, and Hotspot.

As far as sensors are concerned, it has an accelerometer, proximity sensor, compass, and a side-mounted fingerprint sensor. The most impressive thing about Realme Narzo 50A is its camera performance. On the rear, the phone has a triple camera setup. More specifically, a 50 MP wide-angle camera, a 2 MP macro camera, and a 2 MP depth sensor camera. The back camera comes with standard features like LED flash, HDR, and panorama. Realme Narzo 50A also has an 8 MP selfie camera. When it comes to video recording, both the front and the rear camera setups allow video recording in 1080p at 30 fps. However, only the rear camera can record videos at 60 fps. 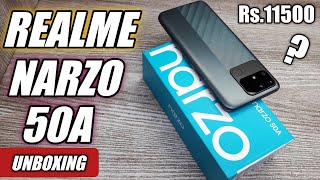 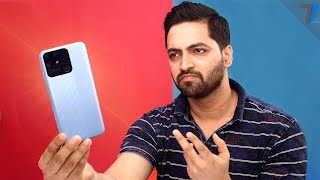