Samsung’s flagship phones are known to be amazing and the Samsung Galaxy S22 Ultra 5G is no different. The phone was released on the 25th of February 2022 at a starting price of $1199. One of the rare cons of owning this phone is, in fact, its price. It is an incredible phone, but expensive nonetheless. The phone has four variants. The base variant has 8 GB RAM and 128 GB ROM. Two variants have 12 GB of RAM with 256 GB and 512 GB of ROM. The most expensive variant also has 12 GB of RAM, but it comes with a humongous 1 TB of storage.

The device doesn’t support an SD card but can support two Nano-SIM cards and an e-SIM. As for the connections, Samsung Galaxy S22 Ultra 5G can handle 2G, 3G, 4G, and 5G. For color, there are several options as well. They are Phantom Black, White, Burgundy, Green, Graphite, Red, and Sky Blue. One of the unique things about this phone is that it has an S Pen, which is a lot faster than its previous versions. Therefore, the experience of taking notes on this phone is a lot more enjoyable than ever.

The phone’s display quality is excellent. The device has an armor aluminum frame and glass front and back, both of which are protected by Gorilla Glass Victus+. Samsung Galaxy S22 Ultra 5G also sports an IP68 certification for dust and water resistance. The phone measures 6.43 by 3.07 by 0.35 inches and weighs 229 grams. Its weight does fall on the heavier end, which is a negative. It has a 6.8-inch WQHD+ Dynamic AMOLED 2X screen and a refresh rate of 120 Hz. Furthermore, it has a super impressive screen-to-body ratio of 90.2% and a PPI (pixels per inch) density of 500.

What’s also super-impressive is it can go up to 1750 nits of brightness. Therefore, you will have no issue using the phone outdoors, even on a very sunny day. Samsung Galaxy S22 Ultra 5G also has support for HDR10+. The device delivers a superb multimedia experience, as you would expect. In the sound department, the phone has stereo speakers and high-resolution audio tuned by AKG. It doesn’t have a 3.5 mm headphone jack, though. The Qualcomm SM8450 Snapdragon 8 Gen 1 delivers top-notch performance. The phone’s gaming performance is handled by the Adreno 730 GPU.

Coming to the software, the device runs Android 12 out-of-the-box with One UI 4.1 on top. The phone will get Android updates for four years and security updates for an additional year. This is a major plus. In the communication department, the phone has Wi-Fi 6E, Hotspot, Bluetooth 5.2, GPS, USB Type-C 3.2, USB On-The-Go, and NFC. Besides all the usual sensors, Samsung Galaxy S22 Ultra 5G features a barometer. It has several useful features including Samsung Wireless DeX, Samsung Pay, and UWB support. Coming to cameras, its overall performance is superb, including low lighting conditions. The phone has a quad-camera setup on the back.

More precisely, it sports a 108 MP wide-angle, 10 MP periscope telephoto, 10 MP telephoto, and 12 MP ultrawide camera. For selfies, the phone features a 40 MP wide-angle camera. Video recording is limited to 4K for the selfie camera and 8K for the rear one. While the phone should easily last you for more than a day, its battery backup could have been better. It’s worth mentioning here that the phone has a 5000 mAh Li-Ion battery that supports 45W fast charging. 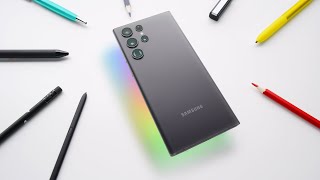 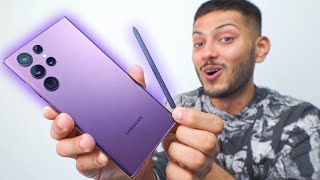