Samsung Galaxy S8 was released very quickly after the Samsung Galaxy S7, but it’s not a pity because it offers many improvements. And many people around the world are impressed by it, evidently. It has been a trendsetter in 2017, and so many other manufacturers tried to reproduce features of Samsung Galaxy S8 with theirs. Let’s talk about design – first of all, we found the black one to be the best looking. Your opinion may vary, and it’s okay, the beauty is in the eye of the beholder. The phone feels like one piece, a total unibody, without any sharp edges and splits. You will notice a new button beside the volume and power one, and it’s on the side.

The button is a new, Bixby assistant button, which is something like Apple iPhone 8 Plus Siri. You can make voice commands, it will help you navigate the phone, or search things for you. We’re not exactly sure that this addition requires a separate, new button, but time will be an only factor. Other than that, the device is thin, and pretty light, only 155g or so. Do not worry, nothing was sacrificed in the process, every feature of previous smartphones is still here. We’re telling you this because many phones like the Xiaomi Mi Mix decided to remove the SD card slot. You shouldn’t worry about it here because the default 64 GB of internal memory certainly won’t be enough.

We were a little disappointed that it comes equipped with only 4GB of RAM, which isn’t the lowest amount for a flagship, but not the highest either. The phone is fast and efficient, but in case you want more, you can get Samsung Galaxy S8+ with 6GB. The best features of Samsung Galaxy S8 are not only the camera and peripherals inside. The device is huge with its 5.8″ Super AMOLED capacitive touchscreen and 1440 x 2960 pixels resolution, which is slightly above 2K. The display is super-sharp and precise in color reproduction. The best thing is the InfinityEdge display we fell in love with. Like the name says, it looks like it wraps around the phone without a beginning or an end.That’s a clever illusion by Samsung, and it gives you a stunning view of anything you watch, movies and videos on YouTube especially.

In order to do that, you need some really great Samsung Galaxy S8 specs when it comes to peripherals. And you sure will, because it comes equipped with an Octa-core processor based on Snapdragon 835 architecture, which is top of the game. Adreno 540 we know and love is here too and makes for an insanely powerful combination. Having heard that,  the 12 MP camera here is great and can record 2160p videos at 30 fps. A front-facing camera is now upgraded and with its 8 MP, it can record even in 1440p at 30 fps. What you just heard is extremely great if you’re a photography amateur, or looking to become one. Even if you just want to take great selfies and improve your social media presence, you’re in for an adventure. 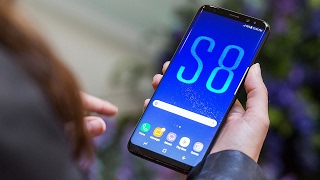 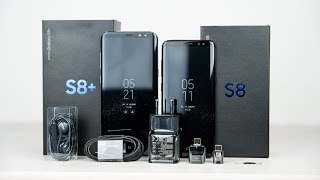