Sony Xperia 1 III was launched on the 25th of August 2021, almost four months after it was announced on the 14th of April 2021. The device is powered by the top-of-the-line Qualcomm SM8350 Snapdragon 888 5G processor, which is based on the 5 nm technology. The device runs Android 11 out of the box, but Sony has clarified that the phone will get at least two Android updates. The phone has an octa-core processor and its AnTuTu benchmark score is a huge 727000. The device comes in two configurations. The price for the 12 GB RAM with 256 GB internal storage is $1099 while the price for the 12 GB RAM with 512 GB internal storage variant is $1149. For color, there are three options, Black, Gray, and Purple which Sony brands it Frosted Black, Frosted Gray, and Frosted Purple.

While the device supports two Nano-SIMs and connectivity from 2G to 5G, it also comes with a hybrid sim slot. However, that shouldn’t be a problem as the phone’s internal storage should be sufficient for most users. The device measures 6.50 inches in height, 2.80 inches in width, and 0.32 inches in thickness. Also, the device weighs 186g, which is definitely on the lighter side. The Sony Xperia 1 III has an aluminum frame, a glass back protected by Gorilla Glass 6, and a glass front protected by Gorilla Glass Victus. The smartphone has an IP65 and IP68 rating for dust and water resistance. The Adreno 660 GPU looks after the gaming requirements of this phone. It’s worth mentioning here that while the performance of this phone is great, overheating is an issue here.

Coming to display, the phone has a 6.5 inches OLED display with a refresh rate of 120 Hz. The aspect ratio, screen-to-body ratio, and the PPI density of the device are 21:9, 84.2%, and 643. The phone has a 12 MP wide-angle camera, 12 MP telephoto camera, 12 MP ultrawide camera, and a 0.3 MP depth sensor camera. On the front, the phone has an 8 MP wide-angle camera. The rear camera set-up allows you to record videos at 1080p and 4K while the front camera can only record videos at 1080p. The camera performance of this phone is great and what sets this phone’s camera different from the competition are features like Zeiss optics, Zeiss T* lens coating, and eye-tracking. The gadget has 3.5 mm headphone jack and hi-resolution audio, thereby ensuring a good multimedia experience.

Sensors include a side-mounted fingerprint sensor, accelerometer, gyro, proximity, barometer, compass, and color spectrum. When it comes to battery and charging, the Sony Xperia 1 III has a 4500 mAh non-removable lithium-polymer battery. The phone supports 30W fast charging and according to advertisements, the device can go from 0 to 50 percent in 30 minutes. The phone has USB Type-C 3.1 and USB On-The-Go. Staying on the subject of charging, the device also supports fast wireless charging and reverse wireless charging. Coming to the topic of communication, the phone has dual-band Wi-Fi, Wi-Fi Direct, Hotspot, and Bluetooth 5.2. The phone has NFC, but you won’t be able to hear FM Radio on this phone. 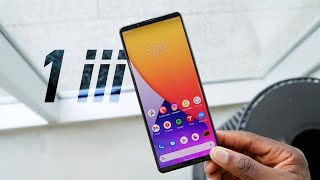 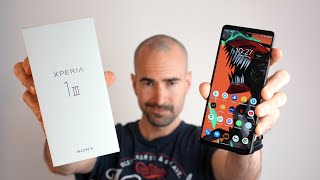