Sony Xperia 10 III is meant for those who only care about software experience and battery life. Its overall performance is decent as well. Where the phone falls way behind the competition is in the camera department. Its overall camera performance is simply average, though the selfie camera is capable of turning in decent results. The phone has a 12 MP wide-angle and 8 MP telephoto camera with 2x optical zoom, besides an 8 MP ultrawide camera. It also has an 8 MP wide-angle camera that handles selfies and video communications. The gadget’s camera features include LED flash, HDR, and panorama.

Video recording is allowed up to 4K@30fps. Most Sony phones have a great look and Sony Xperia 10 III is no exception. The phone is not only slim but also exceedingly lightweight. While it is among the lightest phones in its segment, it’s not meant to be used with a single hand. For reference, the device weighs 169 grams and measures 6.06 by 2.68 by 0.33 inches. Another praiseworthy thing about the phone’s design is that both its glass front and plastic back are protected by Gorilla Glass 6. In addition, it has IP65/IP68 certification for dust/water resistance.

It comes in four color schemes namely, Black, White, Blue, and Pink. Sony Xperia 10 III has a fingerprint sensor on the side. Apart from that, the phone’s sensors include an accelerometer, proximity, and compass. The gadget has a 6-inch FHD+ OLED screen with support for HDR. Its screen-to-body ratio and PPI density are 80.3% and 457 respectively. While the phone does lack a 90 Hz refresh rate, the display quality is acceptable. What ruins your multimedia experience, to a degree, is that stereo speakers are absent. It’s incredibly disappointing to see a phone of this budget not feature them.

On the bright side, it has high-resolution audio, a headphone jack, and a loudspeaker. Software experience, as previously mentioned, is one of the highlights of the device. The device delivers a near-stock experience, which not many phones offer in today’s time. It comes with limited bloatware, which is nice to see. Sony Xperia 10 III runs Android 11 out-of-the-box, but it is upgradable to Android 12. Its overall performance is acceptable, much like its gaming performance. The chipset and GPU used here are Qualcomm Snapdragon 690 5G and Adreno 619 respectively. Sony has paid special attention to the battery life of this phone. It lasts around 1.5 days on average use and an additional half-day if you are a light user.

The gadget has a 4500 mAh Li-Po non-removable battery with support for 30W fast charging. However, there’s a catch here. The supplied charger is only 7.5W. Therefore, if you want to charge at 30W, you’ll have to buy a separate charger. Communication options include USB Type-C 3.1, USB On-The-Go, Display Port, NFC, GPS, Bluetooth 5.1, dual-band Wi-Fi, and Hotspot. Sony Xperia 10 III comes in two RAM/ROM combinations, which are 6 GB/ 128 GB and 6 GB/ 256 GB. The phone can handle an SD card, but you won’t be able to use your second Nano-SIM card along with it. Connections are supported up to 5G. Its starting price is $399. 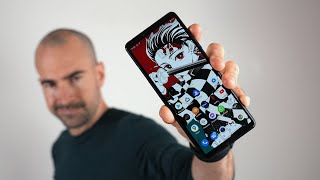 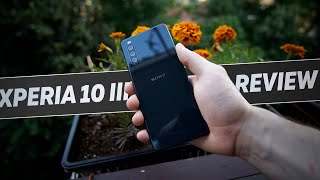