The last quarter of 2016 was a great time to follow the world of smartphones. Many new and great devices hit the market and Sony Xperia X Compact is one of them. It’s sort of mid-range device that boasts 4.6″ IPS LCD display with HD resolution. This resolution actually looks and feels very good here, as the display isn’t that big. Because it isn’t big, this phone is a little thicker with 9.5mm of thickness. However, it feels good in the hand, and you shouldn’t have a problem using it even with one hand. On the performance side, it is just brilliant in the whole mid-range class.

With the price of Sony Xperia X Compact – around $320, it rivals phones like HTC U Ultra and LG V20. But it does have some unique things that make it stand out. We’re starting with Sony Xperia X Compact specs. Qualcomm MSM8956 Snapdragon 650 chipset with a powerful Hexa-core (4×1.4 GHz Cortex-A53 & 2×1.8 GHz Cortex-A72) CPU is a ranging beast. That one and its Adreno 510 GPU are the main stars here, and to be thanked for this performance. It possibly won’t play the most demanding games that have a lot of 3D and insane graphics, but why not give it a try? They’re as good as they get for the price you’ll pay, and you won’t break your bank along the way.

The design has sharp edges just like its better-specced brother, Sony Xperia XZ Premium. We think this is a new day and age, where phones have smooth edges and glass design. But it seems Sony likes the old-school look but with new peripherals, and we can’t really blame them. There certainly are fans of those phones, and if you’re one of them, go right ahead. If you’re still on the fence, let the camera convince you.

The camera sports amazing 23 MP of resolution, allowing you to take big and vivid pictures. You can then crop the parts you think are unnecessary, and still have quite a huge-sized picture left. It rivals some of the DSLR and compact cameras like Nikon D3300, in picture size, at least. However, it only shoots 1080p videos at 30 and 60 frames per second. The front camera is only to keep up to a standard, 5 MP that records 1080p. Not terribly huge or insane quality, but it gets the job done when you’re in a rush or feeling good about your looks.

We’re finishing up with an information of other Sony Xperia X Compact features that might be important to you. That’s 3GB of RAM in the package, along with 32GB of internal storage. It can always be expanded with a microSD card, of course. What we liked is that it does come with Android 6.0, but it can be upgraded to Android 7.1.1 whenever you feel like it. What we didn’t is like, on the other hand, is the battery capacity. It’s only 2700 mAh and will last you a whole day… barely. Thankfully the screen is only HD resolution, and that affects battery life the most, we’d say. 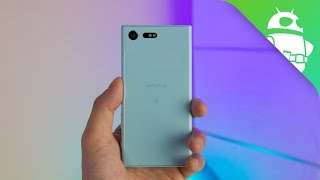 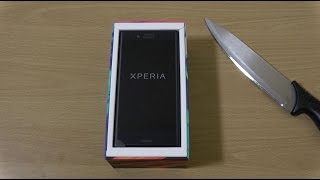 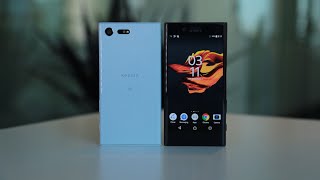 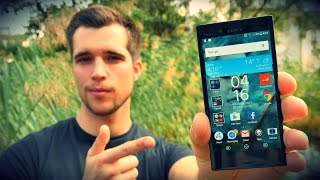 7.7
Post a Review Please note that each user review reflects the opinion of the respectful author. To get approved, make sure that the review is big enough and contains unique opinion.