Synology RT2600ac is a good router from Synology which unfortunately doesn’t come with an integrated modem. But that’s not a new thing, and simply means you will have to purchase an extra modem in order to start using the product. We’ve already previously taken a look at its younger brother, Synology RT1900ac, so let’s see what’s improved and if Synology actually paid attention to user reviews. We need to remind you right away – Synology is actually quite new to producing routers. Their main company goal was to create reliable NAS servers, which simply means a hub to store and stream your data across many devices.

This router can act as a NAS device as well, so they stayed true to their root. But in its essence it’s still a router, there’s no denying that because the specs of Synology RT2600ac are magnificent. Just like the previous one, it’s very easy to set up and features a custom-made Web interface. It reminds us of a full-fledged operating system, and you can navigate around very easily. You can even download additional apps to improve the experience. The only bad thing is – we need more third-party apps developed for it, but it all comes in time.

Moving on, it’s in range with other AC2600 routers, and even a bit more expensive, with Synology RT2600ac price of $195. The design isn’t revolutionary by any means, but it’s a classic one and you’ll love it. And routers are usually hidden away on a bookshelf or behind a table, so that’s not a problem. The number of antennas, when compared to the previous model, has risen to 4. They’re all removable, so no worries if you need to detach any of them. The data transfer is great, although not the fastest – 1733Mbps on a 5GHz band and 800Mbps on 2.4GHz one.

On the back, there are 4 Gigabit Ethernet ports and one WAN port, and like we said, you need to buy a modem yourself. When talking about USB ports, and that one is important because of NAS feature, there’s one USB 2.0 and one USB 3.0. You can plug devices and printers, or attack an external drive for storage. If you have an SD card – it can be read by a built-in SD card reader.  But those aren’t the best upgrades when compared to the previous version. Synology RT2600ac specs offer us 512MB of RAM, which is double the previous one. You also get a dual-core 1.7Ghz processor for all tasks, along with a Wi-Fi standard upgrade from AC1900 to AC2600, as can be seen from the name.

In the end, you already have 4GB of internal storage for operating system and apps. Features like MU-MIMO for multiple device network support and beamforming for better signal strength are there too. To wrap up, the features of Synology RT2600ac are already seen on similar routers with the same standard. It’s the software that sets it apart, it’s interface is very easy to use and navigate through. On top of that, more and more people are developing apps for it and adding more functionality. 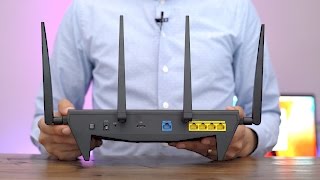 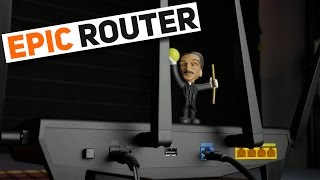 6.8
Post a Review Please note that each user review reflects the opinion of the respectful author. To get approved, make sure that the review is big enough and contains unique opinion.