We were so glad to hear Vodafone released its budget device – Vodafone Smart E8. This smartphone comes with a great value for your money and offers some solid specs. Right from the start – it boasts a Quad-core 1.1 GHz Cortex-A7 processor, based on Qualcomm MSM8909 Snapdragon 210 chipset. Yes, we agree that we’re living in a world of Snapdragon 835 processors, and soon-to-come 845 and more. But this phone has a price literally 8-10 times lower. That’s why we aren’t as surprised to see this processor, and it will still support all your needs. Yes, it won’t be blazing fast, because it comes with Android 7.1 (Nougat), which is both good and bad news. It’s good because the interface and navigation will look amazing, that’s for sure.

But it can be bad because of Vodafone Smart E8 specs, and what they will have to go through to work as best as they can. Aside from that, 1 GB of RAM coupled with 8 GB of ROM should be enough for your all your needs. That’s if you aren’t a demanding user, and by deciding to purchase this budget phone, we guess you aren’t. There is some considerable battery juice to last you a day, if not more with moderate usage. That’s because it’s powered by 2200 mAh Li-Ion battery, which isn’t bad, considering the smartphone’s budget hardware. One other spec possibly worth mentioning – the camera. For this price point, the 5MP camera should be enough, and it’s as best as it gets.

There probably are some cheaper Chinese phones or copies of famous smartphones. But this is the real deal, and the Vodafone Smart E8 price doesn’t go over $100.  The camera is pretty solid, and it will allow you to capture important moments on the go. Of course, don’t expect to take any quality selfies or resume pictures. That’s because of the front camera, as it sports on 2MP, which feels like those VGA cameras back in the day. Overall, maybe it could’ve been a little better in the camera department, but it is what it is.

Vodafone, however, didn’t make any noticeable change over their past smartphones in terms of design.This beauty doesn’t feature any physical buttons aside from volume control buttons and a power button. We can say with certainty – this is absolutely the cheapest smartphone that comes with Android 7.1, and it might serve all your purposes. Just don’t push it to the limit, and don’t expect miracles. Everything is just like you’d expect from a phone with this cost.

For example, it would be foolish of you to expect a full HD or even HD screen, and in our review of Vodafone Smart E8, its screen was pretty dim. Even though it’s a 5-inch, 854 x 480 IPS screen, it’s not the brightest-unlike what we’re used to seeing on IPS. In the end, and to sum things up – you’re getting quite a lot for the price you pay. The camera did surprisingly well, and it even has an HDR mode enabled for punchier colors. My advice would be – save just a tiny bit more money and get either the next model of Vodafone, N8, or some other phone. 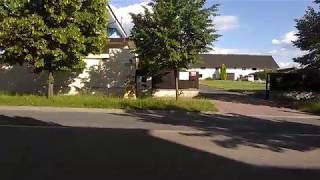 6.7
Post a Review Please note that each user review reflects the opinion of the respectful author. To get approved, make sure that the review is big enough and contains unique opinion.